Ocon ‘not surprised’ by Leclerc’s success in F1

Esteban Ocon says he’s not at all surprised by the rapid rise of Charles Leclerc to the top of F1 in just two seasons.

After winning the GP3 title in 2016 and the Formula 2 championship the following year, Leclerc made his F1 debut with Sauber in 2018 and this year was promoted into a plum seat at Ferrari alongside Sebastian Vettel.

In a breakout season for the Monaco-born driver, Leclerc clinched seven pole positions and two race victories to secure P4 in the championship ahead of Vettel – none of which came as a surprise to Ocon.

“Charles deserves what happens to him and it’s not a surprise to me,” Ocon is reported as telling France’s NextGen Auto this week.

“I said if he had the car to win races and poles, he would. I also said he would finish ahead of Sebastian Vettel.”

Ocon had based his predictions on first hand knowledge, having raced in many of the same championships as Leclerc, alongside other rising F1 stars.

“We fought our whole careers together – with him, Max Verstappen, Pierre Gasly – to get there,” said Ocon. “It is also what allowed us to raise our level, and which motivated us to always do better.

Ocon was himself GP3 champion the season before Leclerc won the title, and skipped F2 to take up a test role with Manor which turned into a full-time race seat in Belgium.

He subsequently spent two years with Force India and racked up a total of 50 Grand Prix race starts, but then lost his spot when the team was bought out and rebranded as Racing Point. 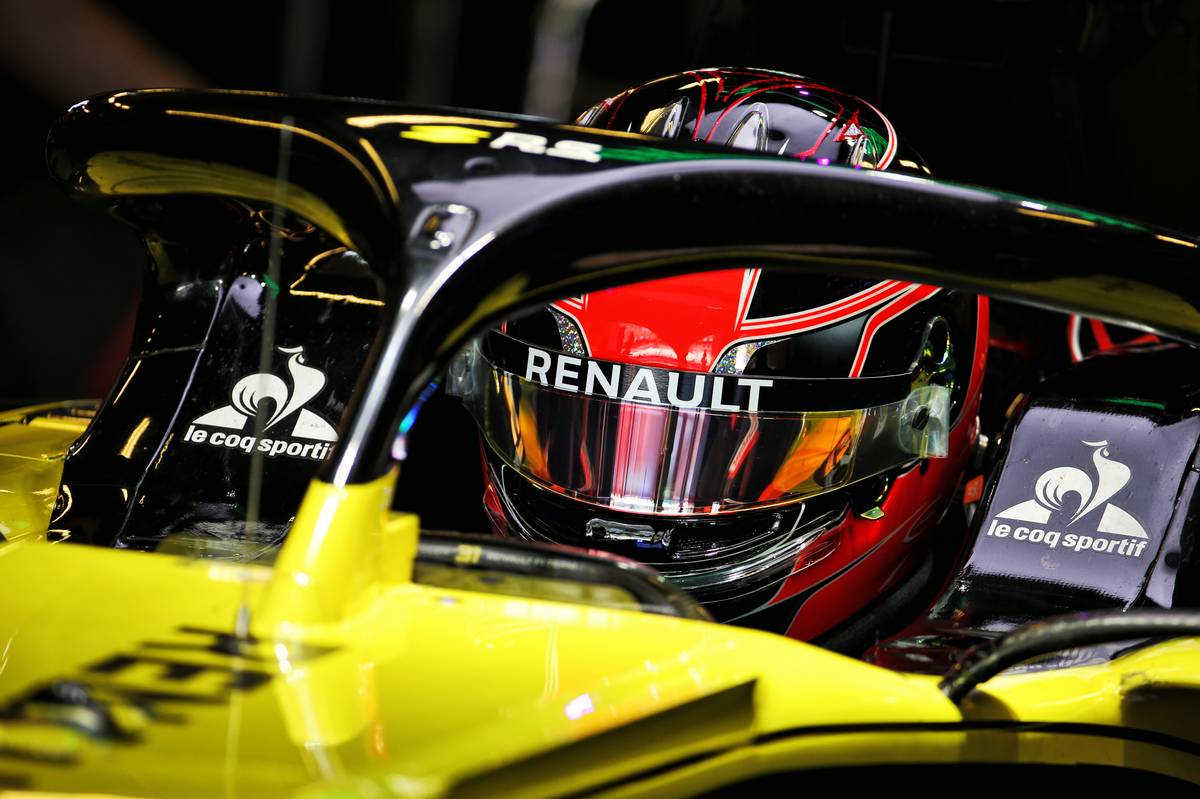 After a year working with Mercedes as test and simulation driver, he’ll be back on the grid in 2020 with Renault, having made his debut with the team earlier this month in pre-season testing.

“There is a little bit of adaptation work to be done, but there was a good vibe between us,” Ocon said of his first stint behind the wheel of the R.S.19 in Yas Marina.

“The first two days of testing were really crucial. I could see the differences between Mercedes and Renault, and began to work on it.”

Ocon certainly didn’t appear to regret missing ou on the chance of a race seat with Mercedes, where Lewis Hamilton and Valtteri Bottas remain firmly embedded at Brackley.

“Not at all!” he said firmly. “I am with a French team that has great ambitions for the future, ambitions to return to the top level in a few years.

“Here I am part of this project, this improvement, this renewal. Clearly this is not a disappointment at all. It is rather a relief.”

With 50 Grand prix races under his belt, but with the hunger of a rookie after a year on the sidelines, Ocon hopes that 2020 will put him back on track in more ways than one.

He still hopes to follow in the footsteps and tyre marks of his all-time idol, seven-time world champion Michael Schumacher, whom he cited as an inspiration for his racing career.

“Schumacher has been my role model. He has changed the sport in terms of application and the way teams see drivers,” Ocon explained.

“He has set the bar to the highest level. I still have his helmet design on mine, and we will return to red next year.”