Only a few seats remain but Silly Season rages on 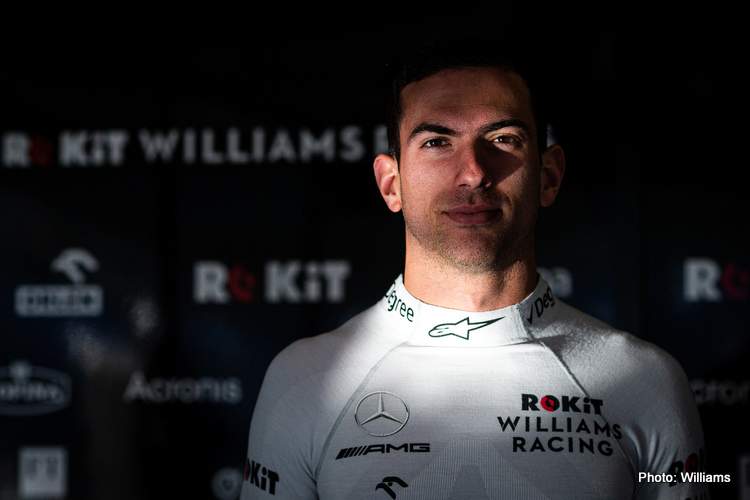 While only a few seats remain on the grid for the 2020 Formula 1 season, they are enough to keep the Silly Season boiling with speculation.

Williams and Robert Kubica are parting ways while Alfa Romeo have yet to confirm Antonio Giovinazzi, while Red Bull are in the process of making a call on who will partner Max Verstappen at the team.

Alex Albon looks set to keep his seat with the Bulls, even though driver boss Helmut Marko says he is in “no rush whatsoever” to make a final decision.

The other two candidates are Pierre Gasly and Daniil Kvyat, the current Toro Rosso drivers who were both previously ousted from Red Bull Racing.

Gasly himself commented in Austin: “I have not forgotten how to drive, and I drive exactly the same as I did before, but I am not thinking about Red Bull Racing. I’m totally focused on my job here.”

Kvyat, meanwhile, said he is happy to have heard Marko’s recent statement that he is a contender for the seat alongside Verstappen, “Yes, it’s great to know that, but I don’t follow the story especially closely.”

“I am focused on my work, and when Red Bull makes a decision, whatever it is, I will accept it respectfully,” added the Russian.

The Thai rookie Albon appears poised to retain the plum seat if Marko’s words to Auto Motor und Sport are anything to go by, “Albon gets better with each race. He works incredibly hard and keeps both feet on the ground.”

Latifi to race for Williams in 2020

Nicholas Latifi will reportedly replace Robert Kubica at Williams in 2020, although the Grove outfit are saving the announcement for after the season end.

The 24-year-old Canadian, whose father is the wealthy McLaren co-owner Michael Latifi, is already driving the Williams on Friday in Mexico, Austin and Brazil.

And Le Journal de Montreal says he will definitely race in 2020.

“The contract is well and truly signed, but the announcement is only expected at the end of the month,” the newspaper said, citing ‘reliable sources’.

It is believed the only potential obstacle to the deal is a super license, but Latifi will qualify if he simply keeps his current place in the Formula 2 standings.

In Austin, however, Claire Williams denied that a deal has been done, “The plan was always to have Nicholas in the car for these practice sessions. It’s no clear indication (of a race seat).

“We’ve made it very clear in the media that we won’t be making our driver announcement for that second seat for 2020 until after Abu Dhabi,” she added.

Meanwhile, Nico Hulkenberg says he is not switching to Williams and admits that after losing his Renault seat for 2020, he could bow out of Formula 1 forever.

As for a return to Williams, where he started his F1 career in 2010, he told reporters in Austin, “I think I’m not the right driver for them. I think they need someone else. With all due respect to them, and the situation they are in, I think now is not the best time to go there.”

Kubica is said to be in talks with Haas for a reserve and simulator role with them next season.

Although a seat besides veteran Kimi Raikkonen for 2020 appears available, it is almost certain that Antonio Giovinazzi unless he blows the plot in the final three races.

The Italian has been underwhelming in his full F1 rookie season, but he has protection from Maranello who groomed young sensation Charles Leclerc to the top of the pile and appear intent on doing the same with Giovinazzi although, for now, the Italian is not a shadow of the Monegasque he is trying to emulate.

Hulkenberg has had talks with Fred Vasseur who knows him well, but it appears unlikely that the 34-year-old will get the nod to team-up with Raikkonen who will be racing his final season with the Swiss outfit, and it would be no surprise he leaves at the end of next year if not sooner.

Hence the reserve driver at Alfa Romeo might not be such a bad place to be next season if a seat on the grid is not an option.