Perez gets his hopes up for ‘pink Mercedes’ in Melbourne

Sergio Perez’s encouraging start to pre-season testing has boosted the Racing Point driver’s hopes for a good start to the 2020 season in Melbourne.

Racing Point’s new RP20 was the focus of most teams’ attention on the opening day of running in Barcelona, with everyone noting the car’s resemblance with last year’s Mercedes W11, a fact not denied by the Silverstone squad’s tech boss Andy Green.

Racing Point’s 2020 design has made good use of the team’s technical relationship with engine supplier Mercedes, with Green exploiting several fundamental components and an aero approach transferred from last years’ Silver Arrow.

Perez clocked in fastest mid-day on Thursday and the Mexican is slowly but surely raising his expectations in light of the initial performance of his “pink Mercedes”.

“I would hope it would perform like their car [Mercedes] but I think it’s still very early days,” said Perez.

“I think we have so many things to go through. A lot of working [to do], and all the team is working flat out.

“But what is really good about this season is to finally have a car that is going to be very, very close to what we have in Melbourne.

“So that’s a very positive thing you know. We can focus and learn so much compared to other seasons, where we were always late with our car.

“I think today we are on the right on the right track and definitely the car has potential. So, hopefully we can start strong.” 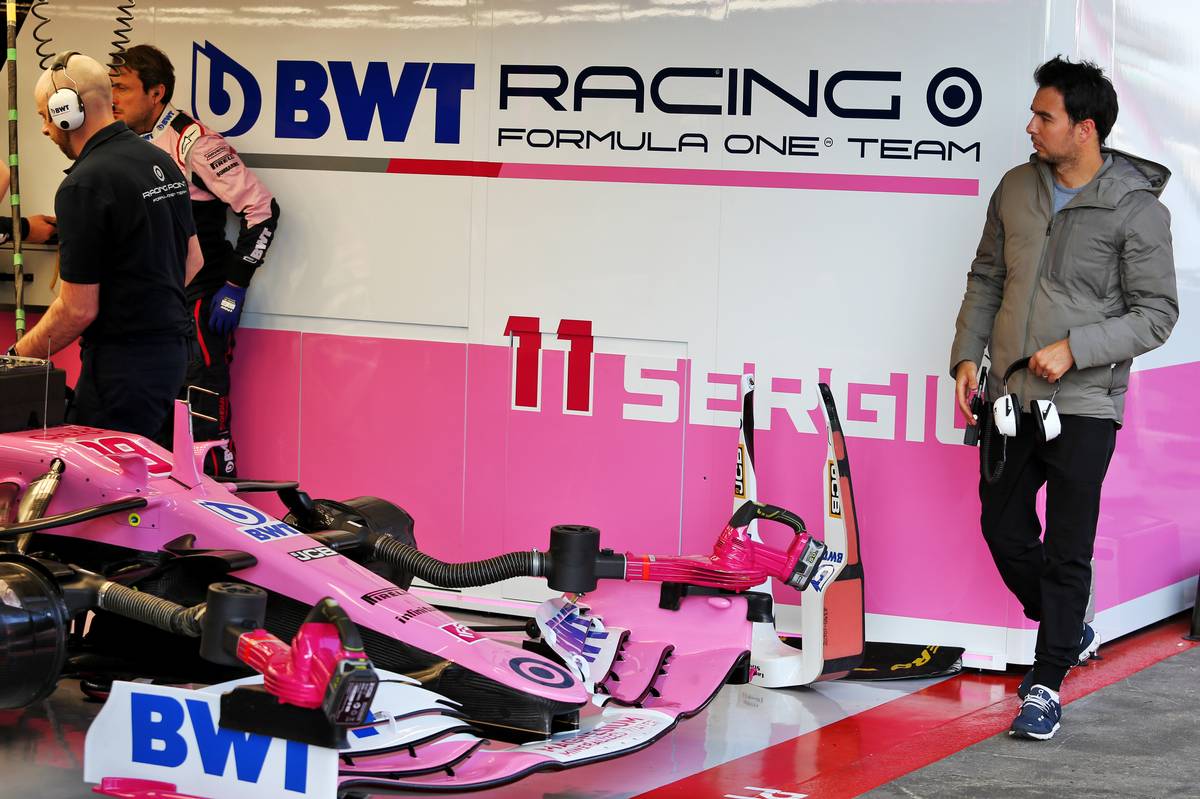 Racing Point’s approach of copying so closely another car’s concept is a departure from its usual design process. But Perez is confident in the RP20’s potential.

“Obviously there are plenty of things that we got to work on, you know,” he said. “I think we have a good base, I think it’s something that has good potential.

“But then we’ve got to work very hard in the coming days to to make sure that we arrive in Melbourne as well prepared as possible.”