Racing Point’s Sergio Perez confirmed the pre-season form of the team’s RP20 on Thursday morning at the Circuit de Catalunya, the Mexican clocking in with the fastest lap ahead of Renault’s Daniel Ricciardo and Red Bull’s Alex Albon.

Perez’s best effort during the opening four hours of the session was a lap in 1m17.347s set on Pirelli’s medium C3 compound that edged Ricciardo by 0.402s and Albon by 0.808s. 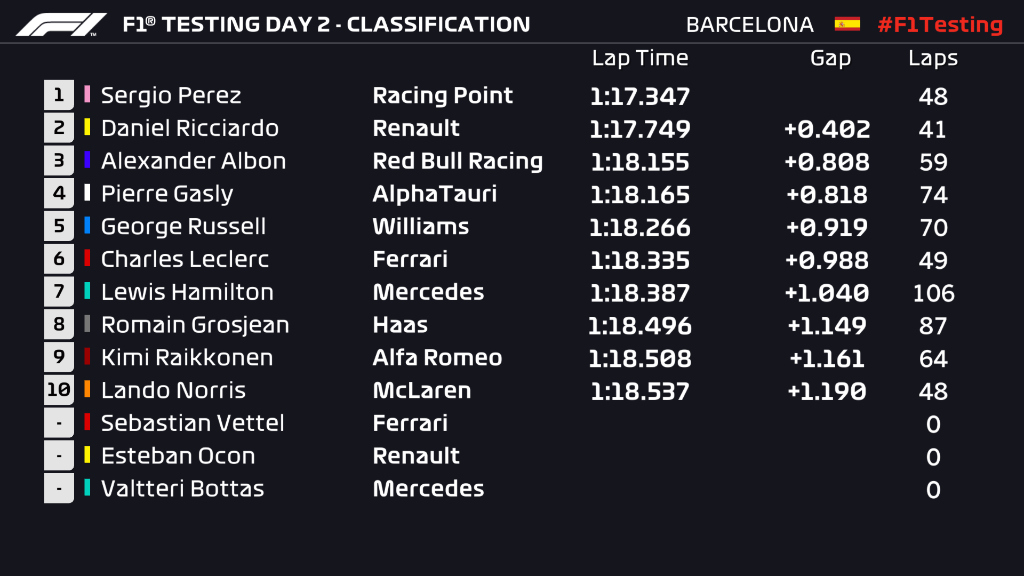 Once again, it was a tight field in terms of performance with the first seven cars covered by a second. However, Perez’s fastets lap was a little under half a second slower than Lewis Hamilton’s pace-setting lap set on Wednesday.

The Mercedes driver, who was the center of attention of the morning session for his team’s adoption of an innovative steering system that was uncovered by a few eagle-eye followers on Twitter, enjoyed a productive morning, totaling 106 laps as he focused on long runs on-board the Silver Arrow W11.

Pierre Gasly’s pace with the AlphaTauri was good enough for fifth while George Russell was just a tenth down on the Frenchman, the Briton confirming the solid foundation of Williams’ FW43. 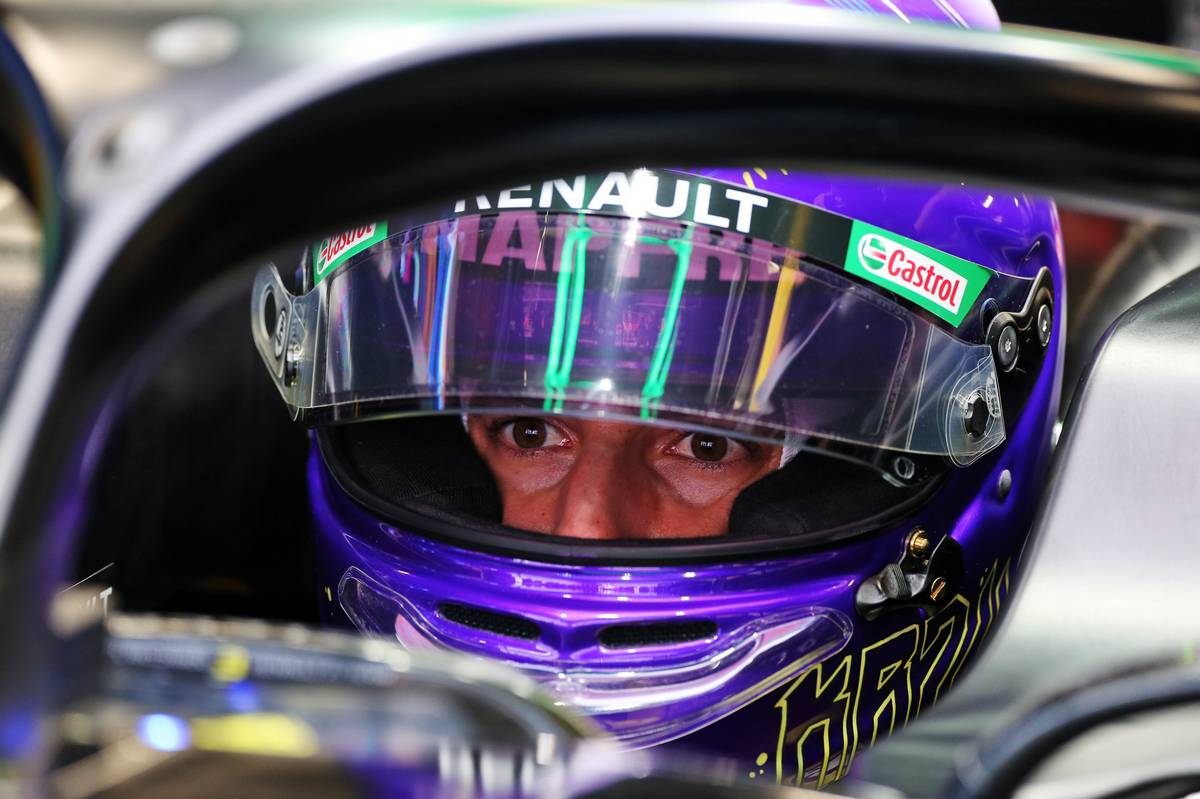 While Renault’s pace was encouraging, the new R.S.20 remained confined to its garage – its doors shut – during the middle part of the session.

Once again, it was a clean session, with no red flags or stoppages.

Testing will resume after the lunch break at 2pm, with Sebastian Vettel on duty for Ferrari.