Pirelli: Keeping 2019 F1 tyres takes out a bit of unpredictability 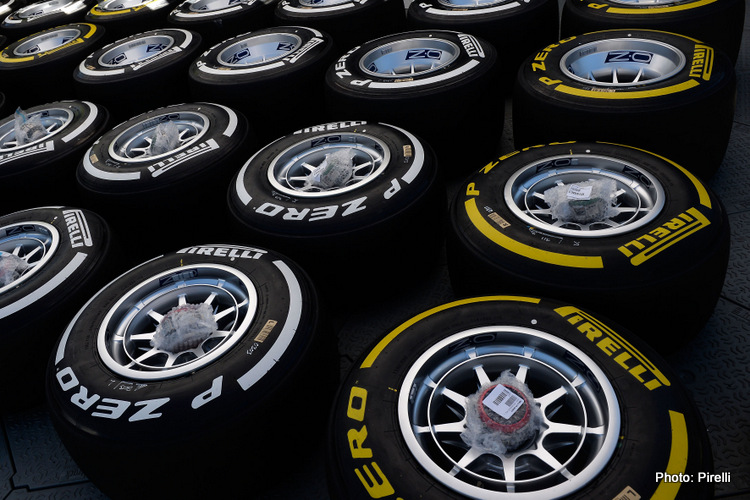 Formula 1 is likely to be more predictable this season after teams opted to stick with last year’s tyre specification, according to Pirelli’s racing head Mario Isola.

The 10 teams voted unanimously last month to reject new tires that the sport’s sole supplier had been developing for 2020.

The sport is facing significant upheaval in 2021 with new regulations and teams were reluctant to devote more resources to modifying aerodynamics at a time when they were already stretched.

Isola said all the teams were now very familiar with the 2019 tires and there would be no learning curve, as in the past, and nor should there be any struggle with the warmup phase.

“The only negative side that I can see is that we take out a bit of unpredictability. That is something that sometimes is spicing up the show,” he told Reuters during a visit to the Autosport International show in Birmingham.

“We see that every time there is something the engineers cannot predict, we have better racing… so without the element of the tyres, we are taking out a bit of unpredictability.

“We know that teams are focusing on one-stop strategies as much as possible. They have also some good data from 2019 so it will be probably slightly easier for the teams to make a strategy.”

Isola expected cars to be quicker due to continued development, probably in the range of 1-1.5 seconds a lap on past trends, and Pirelli would have to raise starting pressures as a consequence.

How much would depend on performance estimates provided by the teams?

“We are now receiving simulations on the expected performance and we will make our calculation in order to give them the feedback on what is the level of the increase in pressure. It could be in the range of probably a couple of psi (pounds per square inch),” he said.

F1 has two new races this season on the calendar, in Vietnam and the Netherlands, subject to circuit homologation.

The Dutch Grand Prix at Zandvoort poses specific problems, with an 18 degree banked final corner putting more load on the tires, and Pirelli was still waiting for teams to provide simulation data.

“I read many comparisons with Indianapolis. The circuit is different, the length of the corner with banking, so we need to see simulations and what we have to do to react to this new configuration. Our first priority is to guarantee a product that is safe and reliable,” explainedIsola.

F1 is switching from 13-inch to lower-profile 18-inch tyres in 2021 but the F2 feeder series is making the change this year. Isola said the feedback from a development test had been good.

“Obviously they are a lot more reactive compared to 13 inches because of the reduced sidewall, they are more precise, the braking phase is very positive. They didn’t find an issue with the kerbs,” he said.

“One question mark was what happens when they hit the kerbs as they do now with the 13-inch tire but that was positive. We are happy with the current situation.”

He said all 10 F1 teams had confirmed they were preparing a ‘mule’ car for testing the 2021 tires later in the season.

Isola said work done on the scrapped 2020 tires was not all for nothing, with some of the ideas and concepts still useful for 2021.