Pirelli will assess a special prototype front tyre in Barcelona which could be used at the Dutch Grand Prix at Zandvoort.

Pirelli’s new tyre has been engineered to cope with the specific load factors that F1 teams will encounter at the Dutch track where two corners have been reprofiled to feature an 18-degree incline.

The banking of the Turn 4 Hugenholtzbocht and the final right hand Arie Luyendijkbocht will no doubt get the drivers’ attention and Pirelli wants to make sure its tyres will be up to the task of handling the track’s specific constraints.

“This prototype had been designed with a slightly different construction because we are still analysing data coming from Zandvoort.

“We made some analysis on the banking, and the plan is to use these tyres with a slightly higher pressure.

“So in preparation for that, because we are not fully aware of everything, we do not have final data on the circuit, on the tarmac roughness and so on, the idea is also to test a slightly different construction here. It’s working in a slightly different way – it’s more resistant.” 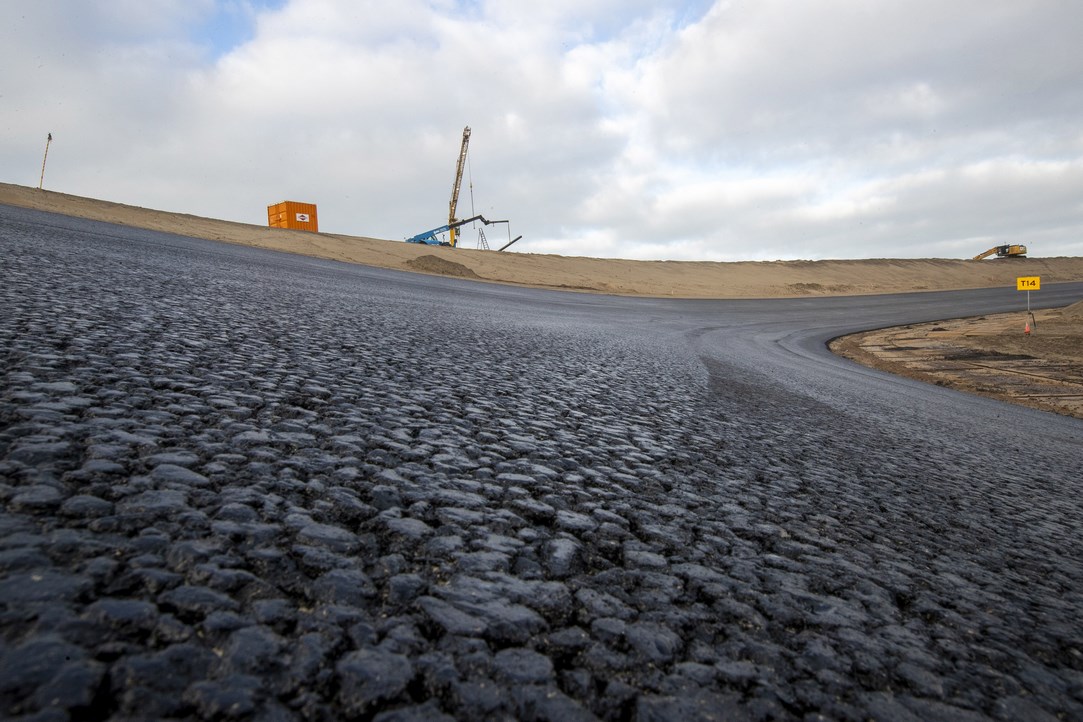 Isola says Pirelli disclosed its plans to the FIA, insisting the sampling of the front rubber next week was not the result of a “panic” decision.

“It was discussed with the FIA and agreed with the FIA. I don’t want to hear comments like ‘panic, panic,’ there is no panic,” said Isola.

“It is part of a serious and professional process where we need to be ready in case.

“Finally, we may go with the normal tyres, with the appropriate prescriptions, but we prefer also to test the driveability of a different construction, and we have the opportunity here in Barcelona during the pre-season test.

“In the regulations it is written that during the race weekend we can test an additional prototype, two sets per car.

“We are going to give two sets per car of additional prototypes here at the next test. We’ll supply the whole set, but just the front tyres are different.”