Prost: Leclerc has balls and earned his stripes at Ferrari 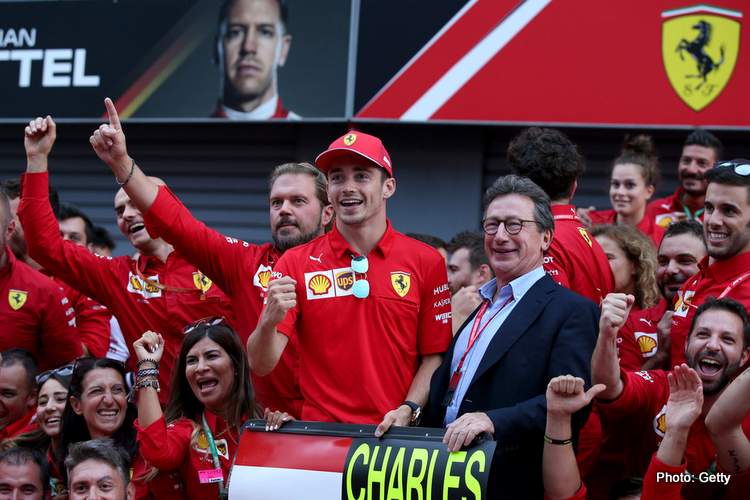 Charles Leclerc has earned his stripes during his first year as a Ferrari driver and should be considered equal number one to Sebastian Vettel says Formula 1 legend Alain Prost.

He went on to give the Monaco Kid top marks in a year where the 22-year-old was thrust into the cauldron that is Maranello, weathered an internal driver feud, won races and ended the season with most poles, seven in total.

Two impressive victories at Spa-Francorchamps and Monza ensured that Leclerc beat Vettel in their first championship as teammates. The youngster had made a case for himself last year at Alfa Romeo to become the second-youngest driver in the team’s history, since Ricardo Rodriguez in the sixties. It was a gamble for the Italian team, but it has paid off.

Prost told Auto Hebdo, “What immediately stands out is that Leclerc was able to convince Ferrari to contract him. Racing for the Scuderia comes with immense pressure. If you keep that in mind, you could say that the first part of his career has been a complete success.”

A new contract, of course, will see Leclerc at Maranello until 2024, which comes at no surprise to Prost, “Charles has earned his stripes. You could now regard him as an equal number one at Ferrari. If you are Sebastian Vettel’s equal in your first year, that is extremely positive.”

During a tense 2019 season for the Reds, with their drivers at war, even colliding in Brazil, Leclerc kept a cool head while admitting his mistakes (and there were a few) but, at the same time, not shy to question his team’s tactics and decision making when he felt aggrieved.

“Charles has shown maturity. And he does not hesitate to use his elbows from time to time. When I sometimes listen to his radio messages, I say to myself: Leclerc has balls!” added Prost, a four-time F1 World Champion.