Racing Point: We have taken some important steps forward 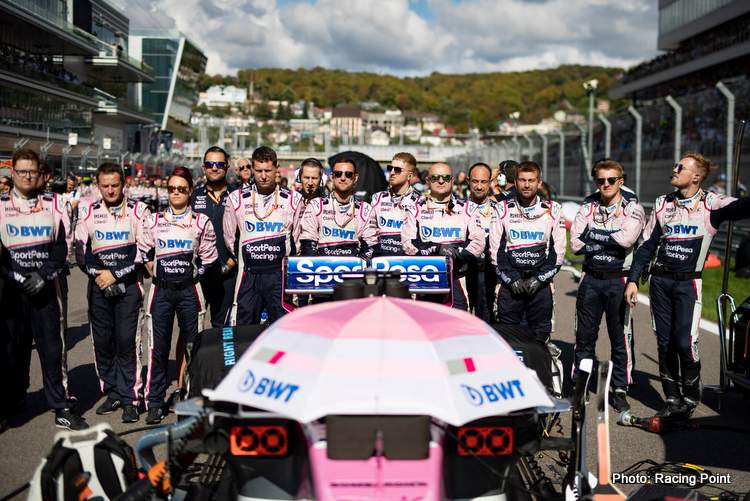 Lance Stroll: “I’m a big fan of Suzuka. It’s one of the best, if not the best track, on the calendar. It’s where you really get to feel a Formula 1 car come alive and each part of the lap has something special. It’s got a combination of low-speed and high-speed corners but, more than that, it’s the flow and the speed that’s incredible.

“It’s what we describe as an ‘old-school track’ without much run-off. So there’s very little margin for error and demands even more precision than most other circuits. You have to use every inch of tarmac to be quick there. That’s why it’s such a favourite with the drivers and fans too.

“My favourite corner is the first Degner, which for me is the most impressive corner of the year. It’s probably one of the narrowest corners on the circuit, but you’re doing it in fifth gear and 260-270km/h and that’s very impressive. In qualifying the sensation of speed is incredible.

“Generally the whole first sector is very special and it’s where we get to feel a Formula 1 car working at its best. It’s all about precision and rhythm. Throughout the weekend you’re just building confidence in that sector and it’s about positioning the car in the right place.

“The Japanese fans make this a special event because of the energy they bring to the track. I also enjoy Japanese food, especially sushi so it’s interesting to try the local stuff.”

Sergio Perez: “Suzuka is definitely up there as one of the best circuits in the world. It’s the track that all the drivers love because of the high-speed corners and the first sector is probably the best of the year. It’s where a Formula 1 car really shows its performance because of the quick changes of direction. In qualifying, on low fuel, it’s a very special feeling.

“It’s not only the first sector that is amazing. The end of the lap has the 130R corner, which is very impressive and you’re still doing 300kph at the corner exit. Even with the downforce we have on the cars these days, it’s really important to be precise because it’s easy to make a mistake or run wide.

“When I think of Japan, I remember the fans. They are amazing. When we leave the hotel in the mornings, they are already there waiting for us. It’s really nice to see how much they love our sport. They are very respectful and polite, and they also make gifts for us.”

Otmar Szafnauer, Team Principal: “There have been many positives to focus on since the summer break and there’s no doubt that we have taken some important steps forward with car performance. We picked up more points in Russia and I’m optimistic that we can be scoring well in all of the remaining races.

“The race in Japan is always one the team enjoys and it’s a firm favourite with the drivers. The warm reception we receive from the Japanese fans is fantastic and the grandstands are always full. It’s definitely a highlight of the season.”