Red Bull ‘not putting any extra pressure on Albon’

Red Bull principal Christian Horner says that the team has no intention of piling the pressure on Alexander Albon in 2020.

Albon made his F1 debut in the 2019 Australian Grand Prix after a late call-up to the grid which came from Toro Rosso at the end of 2018. He was subsequently promoted to the senior team over the summer break in a swap with Pierre Gasly.

Albon impressed in his first outings with Red Bull, at times matching or even out-performing his new team mate Max Verstappen. But Horner acknowledges that the 23-year-old London-born Thai driver is still very much a work in progress.

“There’s no specific goals, he’s just got to continue his development,” he replied when asked by Autosport magazine whether Albon had been tasked with meeting specific objectives in 2020, having been retained by the team for a full second year.

“You’ve seen every race he’s done with us. He’s just got better and better,” Horner continued. “I think he’s driven brilliantly well. First year, two teams plus the pressure of coming here and having Max as your team-mate.

“He’s handled that really well,” Horner added. “He has impressed the whole team with his approach and his attitude, with his feedback, and with his pace that continues to grow.”

The team boss even paid Albon arguably the biggest compliment of all, by suggesting he was similar to Verstappen in key ways.

“He shares many of the same virtues that Max has, with that ability to cope with pressure, that determination.”

Albon’s best result in 21 starts to date was fourth place in Japan. Horner said that the driver had been “unlucky” to finish his rookie season without a podium, after being spun out on the penultimate late of the Brazilian GP by Lewis Hamilton.

“You see people’s make-up in adversity,” Horner commented. “Alex has had a lot of adversity to deal with during his career. 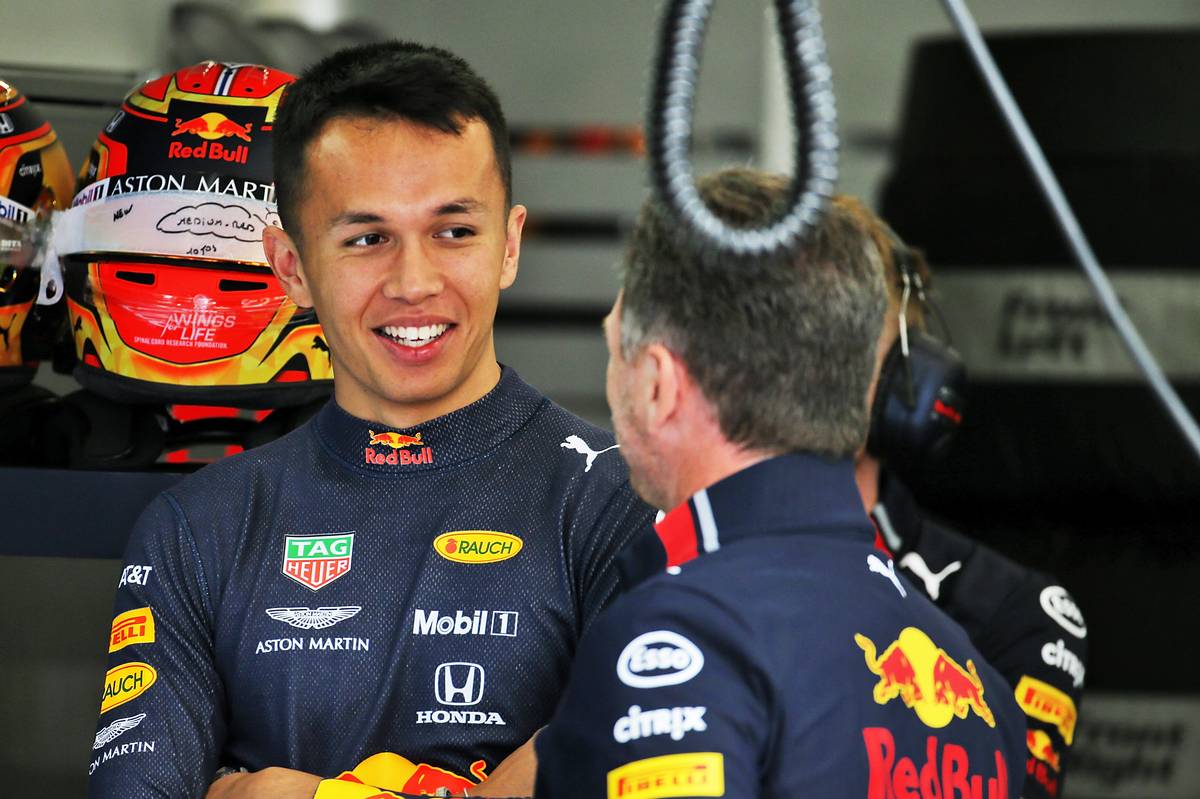 “I think he’s shown that determination, that character, and I’ve got no doubt he’ll benefit from stability now [staying at Red Bull for 2020].”

“It’s probably the first time since his karting career that he’s had that [stability],” he said. “He’ll only benefit from that.”

Former Formula 1 driver Karun Chandhok agreed that Albon had been through a lot in recent times, and predicted that he would get his first shot this season to show what he can really do behind the wheel.

“You shouldn’t forget what a turbulent year Alex had [last season],” the Sky Sports F1 technical expert told the Autosport International Show this month. “His promotion [into F1] came late, and after six months he was put in a top team car.

“There was a lot of pressure to perform while driving alongside [Verstappen], one of the strongest drivers of this generation,” he continued. “So it’s only in 2020 that Alex will get his first real chance.

“I wonder what he can show, now that he’s had a full winter to recharge the batteries and prepare himself?” Chandhok mused. “He is a very good driver and he knows the team just as well as the team knows him.

“I am curious to see how close he can get to Max.”