Red Mist: A classic case of self-destruction to the Max? 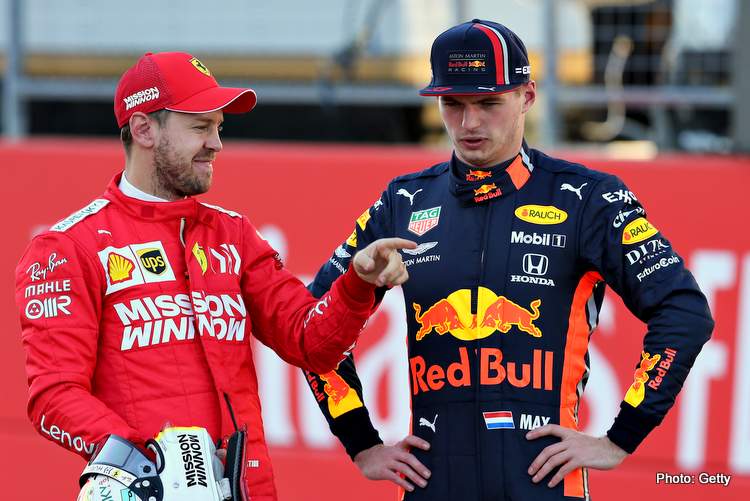 “That’s what happens when you stop cheating, of course,” Dutchman Max Verstappen broadcast after an American Grand Prix where Ferrari suffered its worst performance in a while on the back of an FIA technical directive outlawing a loophole that allegedly increased fuel flow.

“But yeah, they had a good look at it, so now we have to keep a close eye on it, of course.” In a separate interview Verstappen added, “I’m not surprised, at all — after what came out, that explains everything.”

Ferrari driver Charles Leclerc was quick to counter his rival’s claims: “He has no clue — he is not in the team, he knows nothing about us,” while Ferrari capo Mattia Binotto added: “If we look at the race, certainly the speed on the straight was not our issue — we had clear problems with grip on both cars in the first stint.”

“It is true that we were not gaining on the straights as much as in the past races, but we matched our competitors in cornering — at least in qualifying. The reason is that we traded off between grip and power this weekend to try and match their cornering and we were still competitive in qualifying, but we need to understand what was different in the race and what is best for the next races in terms of trade-off.”

Binnotto went on to note that Sebastian Vettel had missed pole by 0.01 seconds and that Leclerc raced with an old engine after practice issues, before concluding, “The comments are completely wrong and it is not good for the sport — everybody should be a bit more cautious.”

Then to cap it all, even dad Jos Verstappen — a man not known to care to hold back at the best of times — admitted his youngster was p’raps a touch risqué in his allegations.

“In the end, you can’t prove it so you shouldn’t say too much about it,” Senior pointed out. “It might not have been the smartest statement, but I do understand Max — he is very driven and wants to win.”

Ferrari’s intense defiance of Verstappen shouting his mouth off, however suggests that Max’s ire may well have brewed for another reason altogether. It was not very long ago that the F1 paddock was agog with rumour that the Dutchman was lining himself up to pluck a plumb Ferrari seat.

The flatulence grew on the back of whisperings of a Red Bull contract get-out clause, as much as they escalated on Vettel’s midseason struggles.

Oddly enough, those Verstappen-Ferrari stories have all gone very quiet of late — especially since Vettel’s recent return to winning form, which leads to another deduction altogether to the rationale behind this recent flurry of Dutch courage.

Could it be that a certain Dutch deputation seeking a contract with the Scuderia, was recently sent packing from Maranello?

It is not impossible to ponder that Max was simply gassing off after being shown the door — why else would he stand alone in suggesting cheating on so grand a scale?

Either way, he’s done very little to endear himself at Maranello — all in all, we could have just witnessed a classic case of how to best go about shitting on your own doorstep…