Red Mist: What are those Dutchmen smoking at Zandvoort? 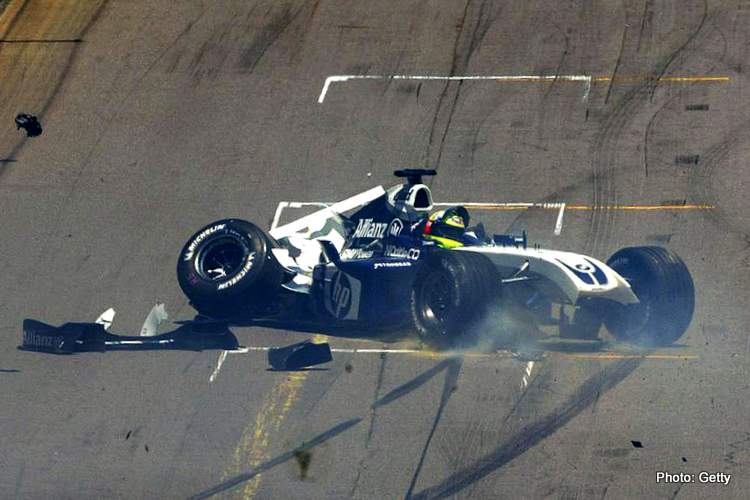 Woke up this morning and rubbed the gunk out of my eyes as I always do, reached for the iPhone, logged into GP247 and soon read the Reuters story about Zandvoort.

Had to wipe the shit out of the eyes a second time — what are those Dutchmen smoking?

Make no mistake, Zandvoort has a great heritage — I have wonderful childhood images of Niki and Clay leading into Tarzan, James’ unlikely Hesketh win; Gilles, well being Gilles and so much more in my mind. But everything changes and like Spa, Le Mans, Kyalami and so many other great old circuits, they are not the same today — no less great mind you, just different to what they once were.

So am I sure will the Zandvoort new prove spectacular … but in what way…?

Already being billed a bit of a Hot-Wheels chute, the revised circuit includes a quite controversial couple of banked corners in a kind of a supercharged Nurburgring Nordschleife Carousel cross-bred with the Indy or Daytona oval, clearly purpose-built for Formula 1 at the forthcoming reborn Dutch Grand Prix.

I however also once again I find myself asking if F1 has not learned from its painful former mistakes?

Just last week I asked why a new 2021 parking lot grand prix in spite of pretty much a 100% statistical chance of that being another Vegas-like failure. And now this…

Remember the last time F1 took to an oval corner?

Allow me to jog your memory — it was at Indianapolis on Friday afternoon 17 June 2005, when Ralf Schumacher’s BMW suffered a huge accident after his Michelin failed under the duress of racing on the steep banking.

The upshot was another F1 farce as six seemingly unaffected Bridgestone-shod cars lined up for another F1 casino after the Michelin runners all pulled out. The French rubber company could not guarantee that its tyres would not fail again on the banking. Farce.

Now, the Zandy brigade touting those embankments as overtaking hotspots — but think, add a hothead or two (you know who they are) and a couple of his daredevil ‘pals’ making those kamikaze moves, they tend to in the mid-pack, and we’re pretty likely to test the recovery crew.

Which begs the question: are F1’s marshals and survival crew ready for the fresh challenges of dealing with an incident on those highly-cambered corners?

Sure, Zandvoort is without already the most talked-about circuit in Formula 1 and organisers are convinced that we will see spectacular racing there. They also promise drivers that ‘one mistake and they are out’ and indeed, Max Verstappen may very well star in the face of the fresh challenge but he can be an incident magnet when the adrenalin is pumping.

On home soil it might count against him, he should ask his mate Dan-the-Man how to cope with the stresses that brings to the party…

But going by history once again, there are also significant pitfalls in taking cars designed for left-right racing onto a banked circuit and I, for one, reserve my judgement on this one and am treating it with trepidation as you do with the unknown.

In closing, I hope no one gets hurt. Sorry, had to put it out there. Now, where’s my cold coffee…?