Red Mist: Who will replace Seb when he leaves Ferrari? 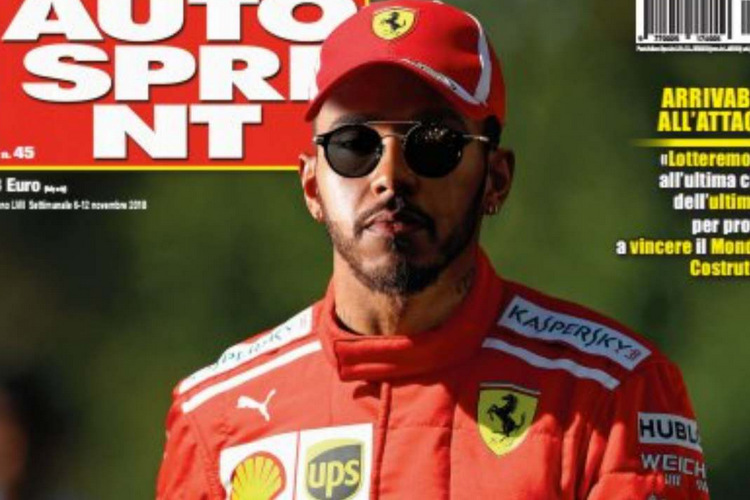 One of the biggest Formula 1 talking points, until the subject will be resolved later this year, will be the feud for the Ferrari number one seat, or in other words who Sebastian Vettel’s place at the Scuderia.

The quadruple F1 World Champion’s contract with Maranello expires at the end of the year following what has been a pretty barren Prancing Horse stint so far — there’s still a season of that to run, remember…

Anyway, there’s been more than enough flatulence about Lewis Hamilton’s Ferrari future — Italian motorsport bible Autosprint, after all, ran a doctored image of Lewis in a red Ferrari suit to taunt the Tifosi its cover in September 2018 already and there was a literal shitstorm on the subject a few weeks ago, once Hamilton had taken his latest title and surprisingly shortly after we regurgitated the matter again some months ago.

The facts are simple — both Seb and Lewis are out of contract as this current F1 era lapses after this season.

Speculation becomes complicated; Vettel is clearly not the happiest chappie following young Carlito Leclerc’s arrival at Maranello. Unlike with the previous German maestro at Maranello, the Monegasque lad is allowed to beat Vettel, as he can, has and will again, rather than Ferrari having a gorilla in its second car contracted not to beat the number one in Schumi’s superteam years.

So, should he not stop? Is Vettel likely to sail into the twilight of his career having to deal mano-a-mano with superbly talented young upstart? Would you…?

Then the story of Mercedes — the one about the racing team being sold — plausibly as the next acquisition to satisfy Roger Penske’s voracious recent racing appetite — with Merc stepping back to be just an engine supplier – will allegedly see Lewis free to go and allegedly let Toto Wolff follow him to #4 Via Abetone Inferiore.

Both of which juggernauts would suit Maranello just fine — but can Lewis and Toto ever be able to pull off a “Jean Todt” at polemic-infused Ferrari, that is. But evidence suggests that ‘casino’ was a negotiating ploy of sorts and a highly unlikely scenario.

However, I will argue — there’s a dark horse — ready to repeat history.

According to recent speculation in the German press, the honeymoon may be over at Renault. Asked about Daniel Ricciardo’s commitment to the Regie, team boss Cyril Abiteboul said cryptically, “I think my answer would be different today than it was a few weeks or months ago…”

Is that smoke we see there?

Danny’s (Italian roots etc) has also long been tipped to dress in Red sooner or later and should this latest speculation prove to have legs, we would see Dan oust former Red Bull teammate Vettel, this time, from Ferrari.

Thus the possible answers to the question posed in the title are twofold:

No, it is not a given that Seb will leave Ferrari at the end of this season, but the above also applies for when he does leave which should be well before his 22-year-old teammate’s deal ends in 2024.

Step up the Honey Badger!

So over to you: Who will race in Red alongside Leclerc next year?