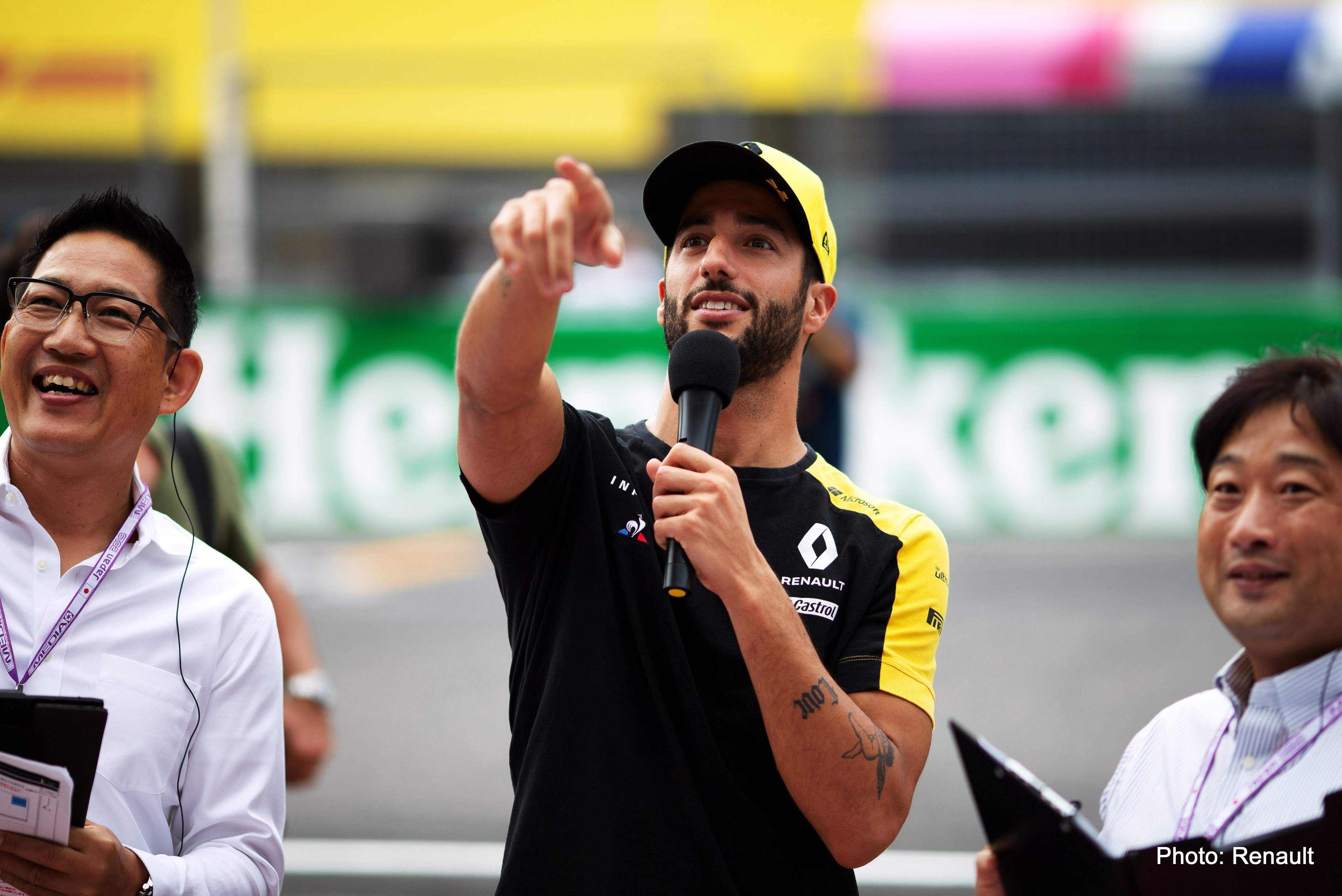 Daniel Ricciardo has ruled out a move to Ferrari for 2020 and reaffirmed his commitment to Renault despite a below-par-season for the former Red Bull driver.

With Sebastian Vettel and Charles Leclerc squabbling internally at the Italian team, Ricciardo has been named as a prime candidate should Maranello seek a new driver at short notice.

But Ricciardo told Championat: “Those rumours are false. I have an absolutely fixed contract with Renault. Even if performance levels were worse than they are, I would still stay.

“Even if the top team offered me a contract tomorrow, I can’t sign it. I’m committed to Renault,” he insisted.

The obvious next question is whether the Australian regrets signing a contract that binds him to what is essentially a midfield team for two years.

“I don’t like one-year contracts,” he responded. “It takes time to get to know a team and really fit in. So a contract should be a minimum of two years. And three years when moving to a new team is probably too long.

“But if I have a good relationship with Renault, then I do not think extending the contract with them will be a problem,” added Ricciardo.

The big smiling Aussie bids farewell to current veteran teammate Nico Hulkenberg at the end of this season as Renault welcome young gun Esteban Ocon to the team for 2020 and beyond.