Ricciardo says there’s one thing he dislikes about F1

Daniel Ricciardo wouldn’t trade his day job for any other, yet there’s one current aspect of Formula 1 which he – like many others – regrets.

A seven-time Grand Prix winner, Ricciardo is among the sport’s most popular drivers.

And the Aussie’s big smile hasn’t become les appealing to the fans despite his demotion to the mid-field following his high-profile switch from Red Bull to Renault.

“I think for me, growing up in Australia, in sunshine, it turns your personality into a bit of happiness,” Ricciardo told talk show host Trevor Noah on The Daily Show when asked about his ever-present lightheartedness.

“I’m doing my dream job, you have to be reminded sometimes. You get so competitive and so caught up in it that you do forget… like a little bit of perspective.

“It is my dream job, like I travel the world to drive cars in circles which is pretty awesome – I mean there are some turns here and there.” 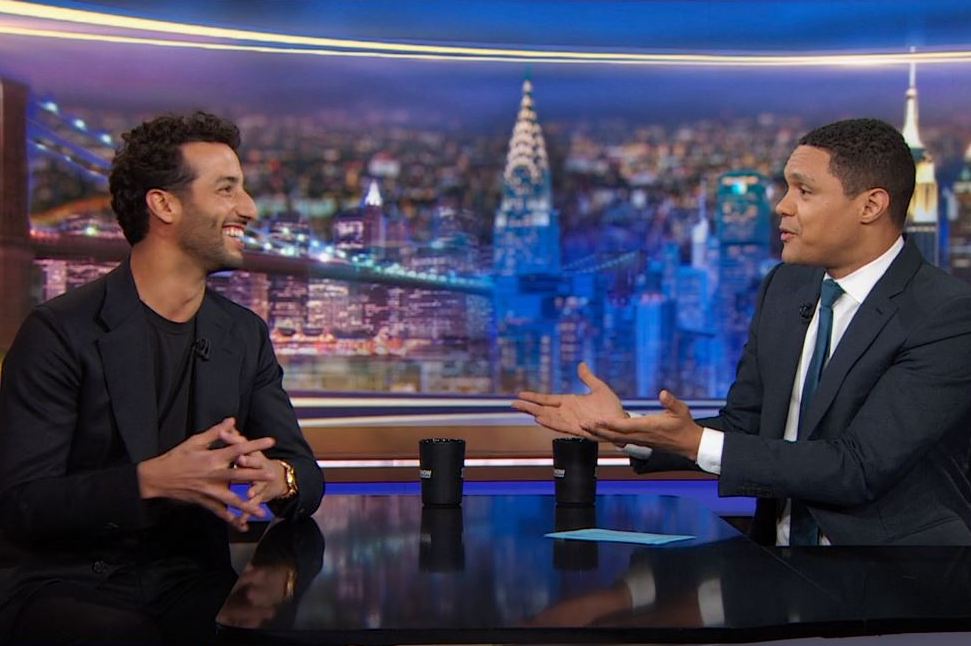 However, as impassioned as he is with the sport, Ricciardo unsurprisingly bemoans the fact that F1 is still too much about who has the fastest car.

“It’s probably the one thing I dislike about my chosen profession,” he admitted.

“Unfortunately, it’s not like tennis, where you can only blame the racket so much. It [F1] is very equipment dependent. But that’s the sport, and your job is to put yourself in the best team to get the best equipment.

“It’s like a technology battle with the manufacturers. It’s crazy but you know, I think to get on the grid with like twenty drivers, that’s obviously an achievement in itself.

“But then you obviously want to be the best and get yourself to the top.”