Ricciardo ‘would have put up a better fight against Hamilton’

Renault driver Daniel Ricciardo reckons that he would have done a better job pushing Lews Hamilton all the way in 2019 – if only he’d been in a Mercedes.

Asked by Sky Sports F1 whether he would have had a tougher time if Ricciardo had been in the second Silver Arrows rather than Valtteri Bottas, Ricciardo didn’t prevaricate.

“I won’t sugar coat it: I’ll say yes,” he stated. “That’s because I have that belief in myself. It’s not targeted at Valtteri or anyone else in that car who didn’t win.”

Bottas was the ‘last man standing’ in this year’s championship, the only driver still mathematically able of catching Hamilton in the drivers championship going into the United States Grand Prix

However, even though Bottas won the race in Austin, Hamilton’s second place put the matter beyond doubt with two races remaining on the calendar.

Even further back in the points are Ferrari’s Charles Leclerc and Sebastian Vettel, and his own former team mate Max Verstappen. Ricciardo himself is ninth in the standings after a difficult first year at Enstone which hasn’t lived up to expectations.

Despite reports that his exit from Red Bull was in part due to a rivalry with Verstappen, Ricciardo actually spoke up in the Dutch driver’s defence when he was criticised by Hamilton and Vettel recently.

“I respect Max for the way he stands up for himself,” Ricciardo said. “The only problem I had with him was the same as what most drivers had with him when he first got into F1, and that was the moving-under-braking.” 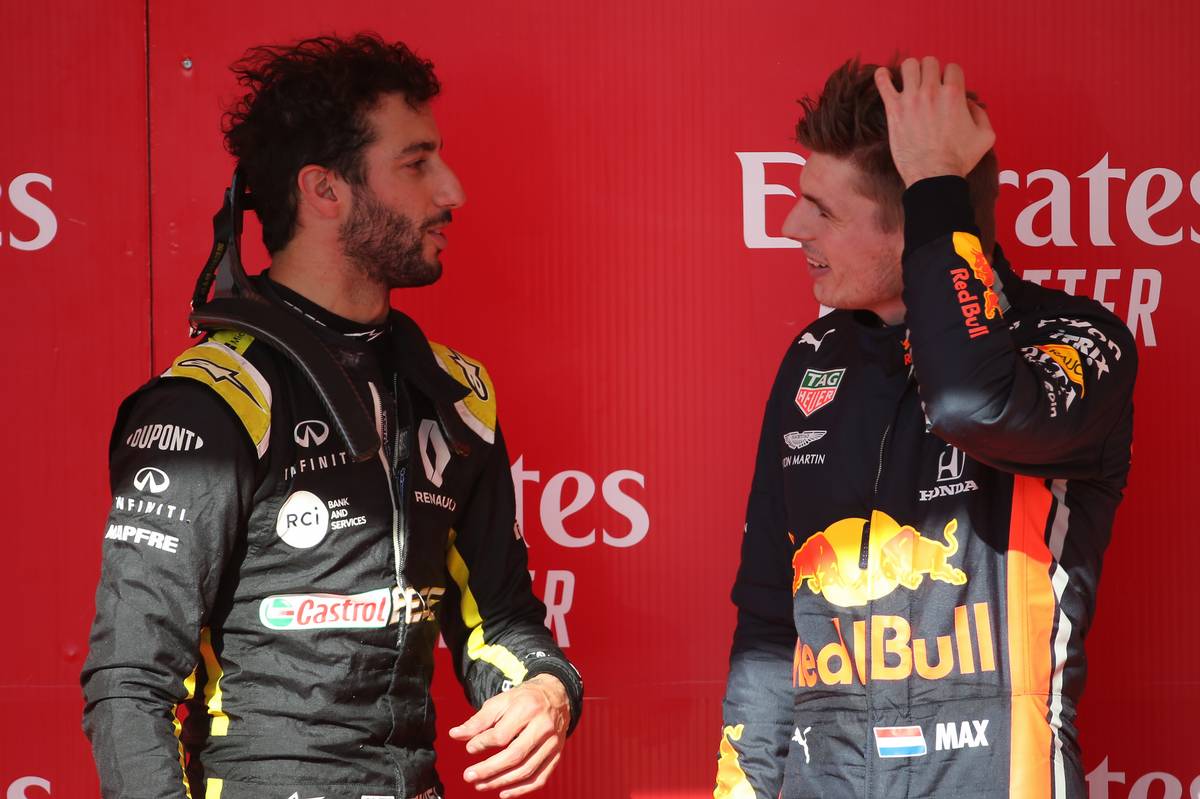 After a season alongside Nico Hulkenberg, Ricciardo faces another change of team mate in 2020 when the highly rated Esteban Ocon steps into the Renault driver line-up.

The 23-year-old Frenchman made his Formula 1 debut in the 2016 Belgian Grand Prix with the now defunct Manor team, and then had two seasons at Force India. However he lost the game of musical chairs at the end of 2018 and has spent this season on the sidelines.

Ricciardo admitted that he was likely to be a big challenge next year.

“I’ll be kind of going back to the scenario I had with Max,” he said. “I’m now the old guy in the team, but I’m not coming into it with my guard up.

“I’m coming in knowing if we both do what we’ve got to do, we’ve got a chance to bring this team forward to where we both want it.

“He’s a slim boy!” he added. “The slimmest driver I’ve ever seen in my life.”

Whether that gives Ocon an advantage over Ricciardo in 2020 remains to be seen once the season gets underway in March.