Russell and Williams buoyed by ‘much better handling’ FW43

Williams charger George Russell enjoyed a positive opening morning of pre-season testing in Barcelona where he got acquainted with his 2020 contender that he says is a big step forward compared to its predecessor.

Williams was up and running with its new car from the outset at the Circuit de Catalunya on Wednesday, with the British squad spared the painful drama and delays that undermined the debut of its Fw42 twelve months ago.

Russell unwound the laps – 73 in total – and clocked in with the sixth fastest time, just 0.855s behind Mercedes pace setter Valtteri Bottas. The young Brit’s best effort was half a second faster than his qualifying time at last year’s Spanish Grand Prix in Barcelona.

“I’d say definitely the general handling of the car is much better,” Russell said during Wednesday’s lunch break.

“From lap one today, I had confidence to push the car to the limit, whereas last year, it wasn’t a nice feeling in the early laps. It was quite scary to drive actually last year in the opening laps, trying to build that confidence.

“Already that’s better, but not always a nice car to drive is a fast car. So it’s a laptime-based sport, and it doesn’t matter how you get around the lap, as long as it’s fast, that’s what counts.

“It’s been improved in that area, now we just need to see if we have managed to put more downforce onto the car to compete with the guys around me.” 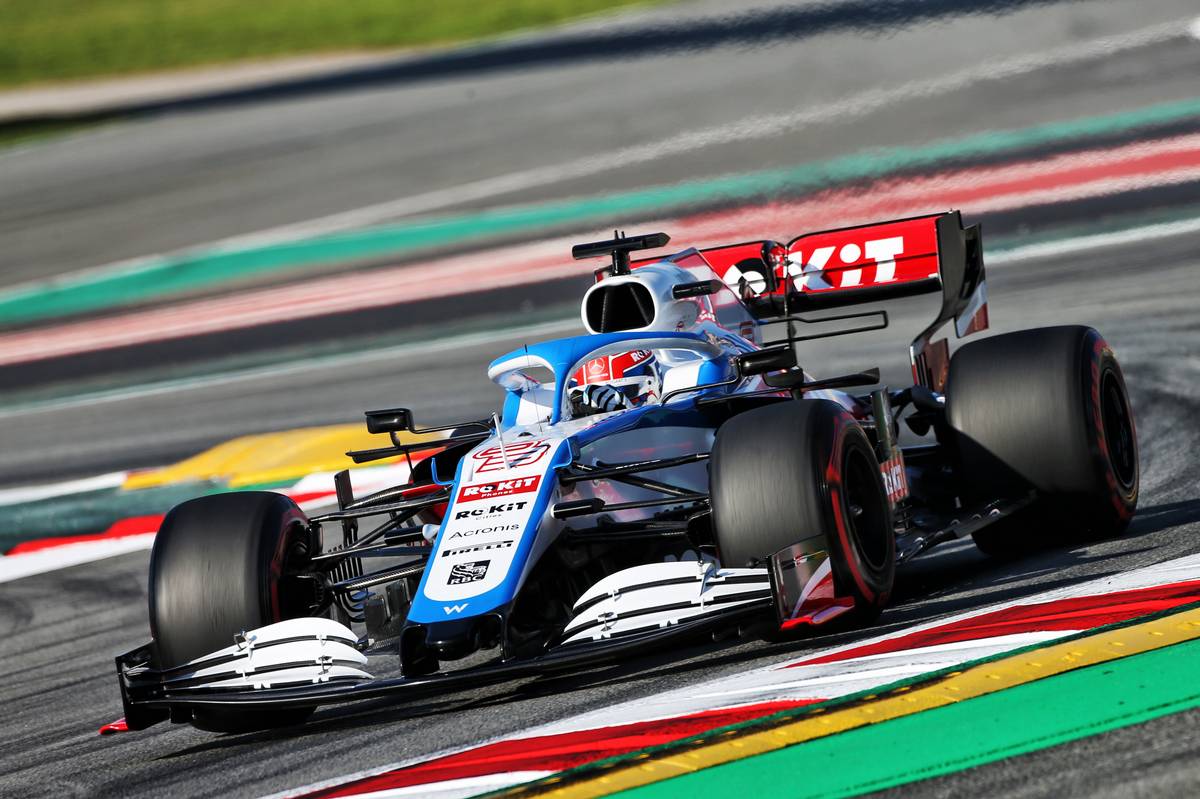 After last season’s early trials and tribulations, the timely the performance recorded on Wednesday morning went a long way towards boosting the morale of Williams’ hard working troops.

“[It’s] massively important. Last year was far from ideal, the team have done a really great job to achieve that,” Russell added.

“The build quality of the car is a much better standard than last year. Things fit properly, the car looks better from the design perspective, so I think overall it has been a very positive morning.

“Everybody was a bit lost last year because they didn’t know what to do as there was no car here.

“We’re definitely excited for the new season. It was a character building year last year. I’m confident we can go racing this year and have a bit more fun than we did last year. That’s what we’re all looking for.”