Russell: Williams will definitely be better in 2020 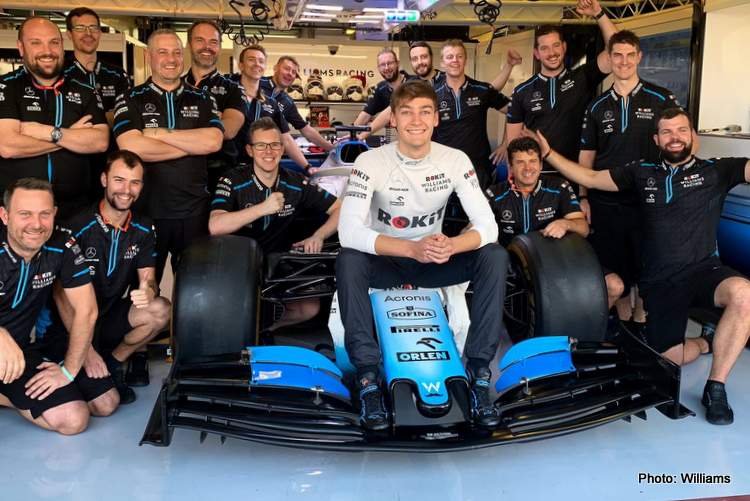 Williams appears to have come to understand where the design of their 2018 and 2019 cars flopped so badly, but changing the direction of the engineering meltdown will not be an overnight process.

That is the news from George Russell, who welcomes a new teammate for 2020 in the form of Nicholas Latifi as Robert Kubica and his backers decided to part ways with the team at the end of last season.

Russell told Auto Motor und Sport that Williams, woefully off the pace in 2019, had a lot of soul searching to do, “We had to look at the basic structure of the car. There were aspects that were fundamentally wrong.

“Something was wrong with the aero. The downforce was not constant and there were also times in 2018 when Lance and Sergey crashed out of nowhere. We had to start from scratch when it comes to the downforce but since then we’ve been on a good path,” Russell added.

But despite the obvious flaws, he revealed that the 2020 car will be an evolution of last year’s design. We committed to a strategy at the end of 2018 and it took time to rebuild the foundation of the car.

“We didn’t see any progress in the wind tunnel for a long time but the trend is different now. We will definitely be better in 2020,” Russell predicted with confidence.

However, he acknowledged that Williams is likely to remain at the back of the grid, “I expect that we will fight the others more often, but realistically it will be another difficult season for us.

“McLaren took a big step from 2018 to 2019, and if we can do a similar step and Haas, Racing Point and Toro Rosso do not progress, we will be in a very strong position. If they all find a second or two, we’ll stay where we are,” admitted the 21-year-old.