Russell’s logic: “I’m on the exact same course as Leclerc”

Williams’ George Russell emulated Charles Leclerc’s success in motorsport’s junior series on his way up to F1, and the young Briton believes that factually, he is on the same exact course as the Ferrari driver.

Russell led a trio of Formula 2 chargers that were promoted to F1 at the start of 2019.

But contrary to fellow graduates Lando Norris and Alex Albon who found themselves in teams racing at the upper end of the grid, the 2018 F2 champion was forced to learn the ropes of Grand Prix racing with Williams at the tail end of the field.

Despite the hardship of racing as a backmarker, Russell pressed on, unassumingly building his experience throughout the season without making any silly mistakes while also crushing his teammate in qualifying 21 to nil.

In Russell’s Cartesian mind, and hopefully in the mind of his employers, Williams and Mercedes, the 21-year-old knows – by inference – where he stands relative to his fellow rookies.

“Everybody at Mercedes, and Williams, knows I beat Lando and Alex last year,” he said in an interview with MotorsportWeek.

“I’m on the exact same course as Charles[Leclerc], factually, he won GP3, I won GP3, he won F2, I won F2, both in our first seasons, so now that Charles has the most amount of poles, and is winning races, Alex is showing what he’s capable of, Lando is doing a decent job, I’m happy for these guys.” 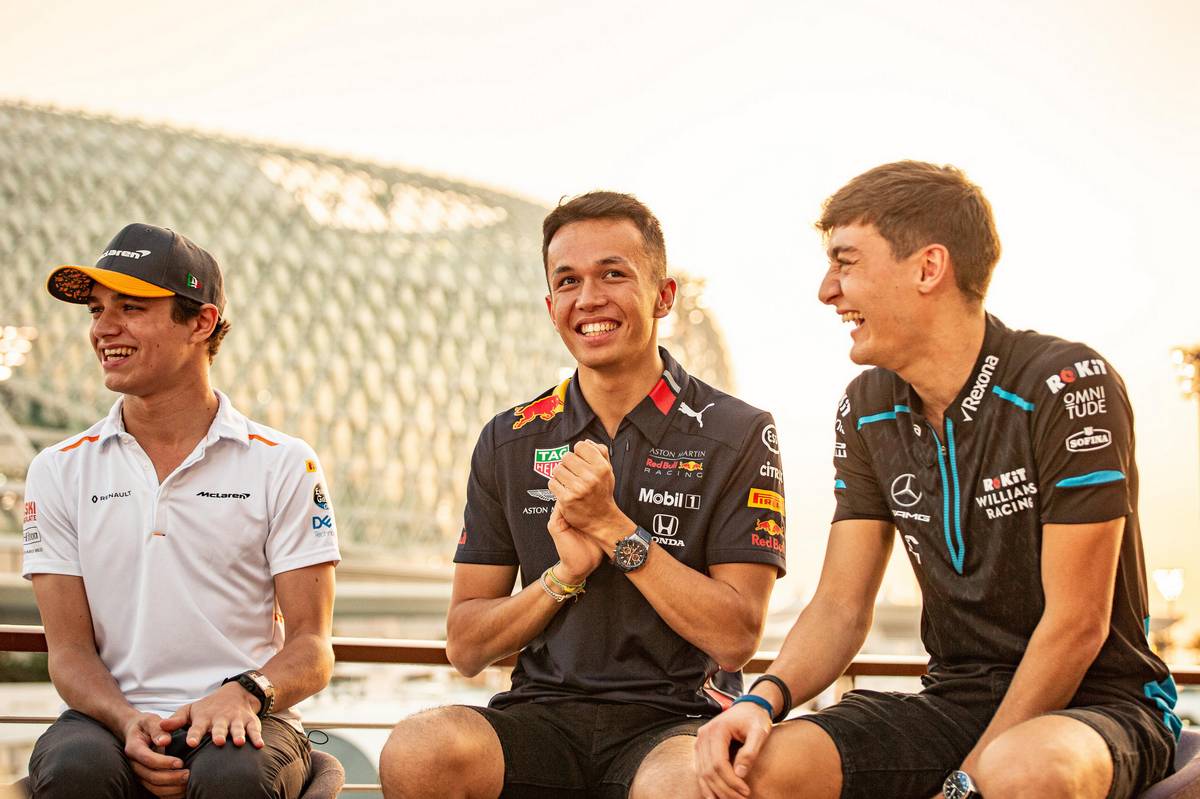 Russell’s logic is simple: the better Albon and Norris do, the better their results reflect positively on the man that beat them both!

“I actually want them to do better as the better they do the better it is for me,” he said.

“When my time comes and I’m negotiating or whatever, I can say ‘well I’ve not really been fully able to show what I can do, but I showed what I did last year and the year before, versus these guys, and they’re clearly showing what they can do’.

“If they were doing a bad job it probably wouldn’t give the same sort of credit to what I did in F2.”