Sainz: Not worth fighting Albon with ‘fast’ Perez behind

McLaren’s Carlos Sainz says he resisted fighting Red Bull’s Alex Albon for position in the closing stages of the Russian Grand Prix because he feared he would risk losing out to a fast-moving Sergio Perez behind.

Sainz finished sixth at Sochi after a solid drive that put the Spaniard back in the points after a disappointing streak of races since the summer break.

The McLaren charger was among the front-runners at the start, having launched his race from fourth on the grid, and even challenged the Mercedes of Lewis Hamilton at the first corner.

Wolff: McLaren partnership ‘not the start of a works deal’

“We got a good start which was our first target to give ourselves a chance of at least fighting the Mercedes and the Ferraris into Turn 1,” said Sainz.

“That was a lot of fun, it’s a nice way to motivate yourself.

“The whole race, [we had] good pace, good management of the tyres, of the whole strategy and we finished best of the rest which was exactly what we wanted.”

Asked whether he could have held his own against a Mercedes or a Red Bull, Sainz felt that battling either for position would have perhaps made him vulnerable to an onslaught from behind by Sergio Perez’s very fast Racing Point. 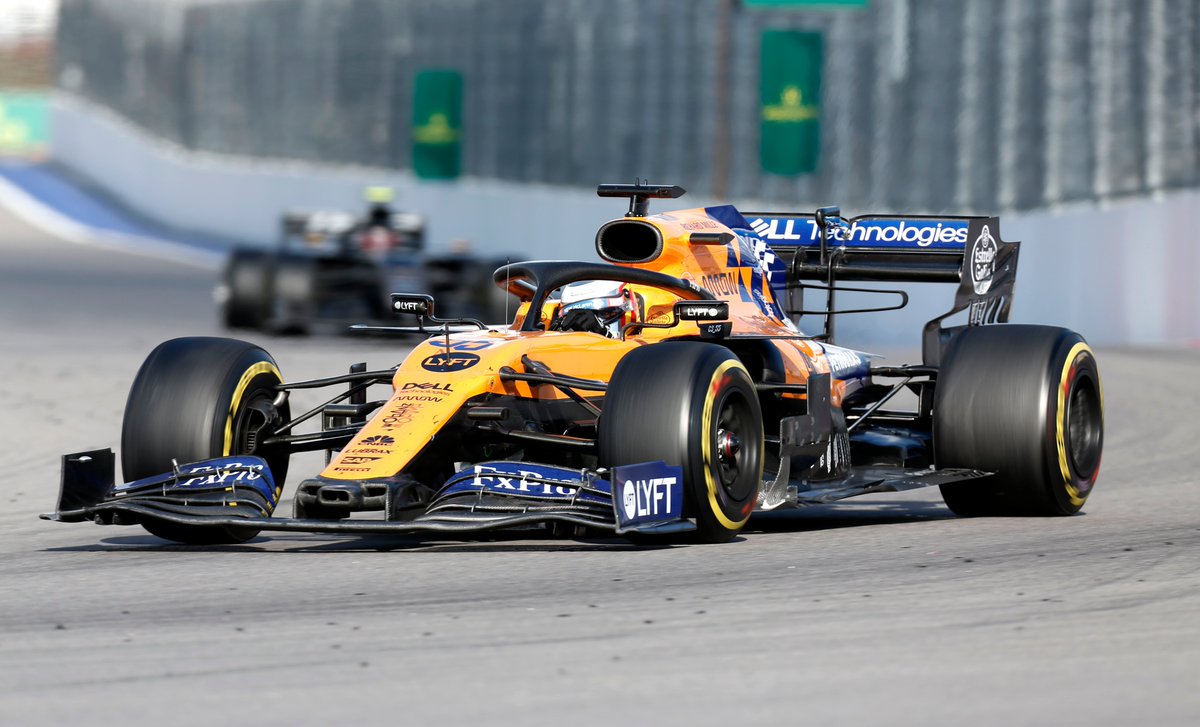 “Unfortunately, I think to fight a Mercedes or Red Bull at the moment we need to gain another half a second to make it worth it, because at the moment the only thing it does is to make you lose one or two seconds of your race time.

“And with such a fast car like Perez on the straights coming from behind, I didn’t want to let him get into my DRS while battling with Albon because that Racing Point is mighty quick on the straight.

“There was a bit of management to do there. Maybe if it had been the last lap of the race, no doubt I would have been a lot more aggressive, but today after a few tough races it was important to get points on the board.”