Sainz vs Norris: Will the fun and games continue? 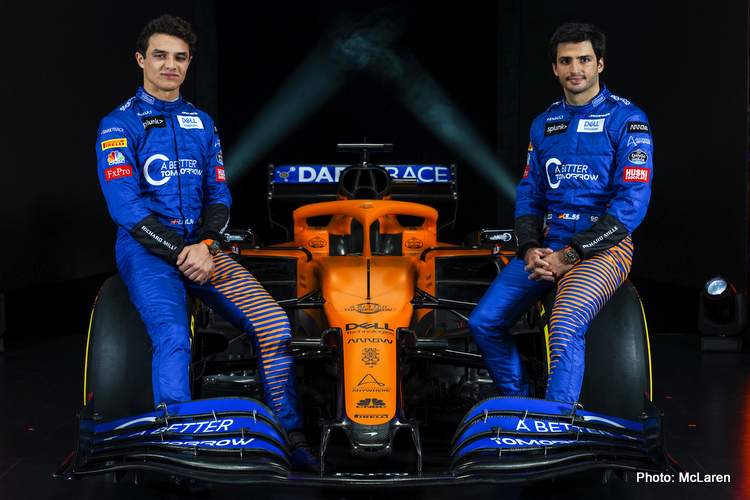 It can be said that Carlos Sainz and Lando Norris were one of the more entertaining of Formula 1 teammates on the grid last year, the pair are clearly comfortable in each other’s company and as cuddly as racing drivers get at any level.

But, of course, the golden rule of racing is: beat your teammate first and worry about the rest thereafter. And it would be fair to say that the same applies to the two new-best-friends-for-life.

Things will change when they are going for it head-to-head, with a couple of races in the championship remaining and they the only title contenders etc, it will get bitter if F1 history is anything to go by.

For now, the pair are a good fit for the team, young and energetic with the young Englishman the darling of the British team and that country’s influential media while the Spaniard plays along gamely. The last time a homegrown McLaren protege took on a Spaniard… things got seriously ugly.

For now, it’s fun and games but one can imagine the needle will be a little sharper between the pair should the MCL35 launched today be another solid piece of kit.

On launch day, Sainz is quoted in the team press release: “Today is a big day for all of us! I’ve followed very closely the making of the MCL35 this winter and I know how much effort and passion we’ve put into it. Many may consider 2020 to be just a gap year between the old and the new regulations, a mere continuation of 2019 into 2021.

“However, at McLaren, we pushed the ‘reset’ button after the chequered flag in Abu Dhabi and we’ve worked extremely hard to try and improve every single detail of our car.

“The solid jump forward we made last season was a huge motivation but, at the same time, a strong reminder of how tight the fight continues to be in the midfield. We can’t afford to sit back in 2020 if we want to close the gap to the top.

“The ambition is to push myself and the team to take another step forward this season, and I’m looking forward to Barcelona testing and continuing the positive momentum we started last year.”

Norris supposedly convinced the team to switch from a shiny orange livery to a matte finish and, not surprisingly, was happy with the final product, “I think the MCL35 looks great with its updated livery – I think our fans will love it and I’m really excited to drive it for the first time.

“A lot of hard work and development have gone into this car from the design team, the engineers, the car build team and Carlos and myself, and it’s a special feeling to have been involved in its evolution.

“My rookie season was an incredible experience and I learned a lot from the team and from Carlos. With my first year under my belt, I feel more confident as a driver and in the feedback, I can provide to my engineers as we keep pushing the performance of the car throughout the year.

“We aren’t setting ourselves targets yet for this year as we know it’ll be tough to maintain the position we ended 2019 in, but I’m looking forward to seeing where we are compared to our top competitors in testing and going racing again,” added Norris.

It would be fair to say that Norris was the standout rookie last year while Sainz surprised his critics with his maturity and approach in the role of team leader of sorts. He was a revelation. The two newcomers to the team also delivered results when it mattered, taking them to fourth in the standings. They were retained early on to generate a stability that the team so craved.

For now one can expect harmony to prevail between the McLaren chaps, but when it is no longer a case of ‘united for the team’ but rather one of ‘me versus my teammate’ for the title or a victory then we will see how much love there really is between the duo in orange.

Carlos and Lando react to seeing the #MCL35 for the first time.

Watch the full video below.