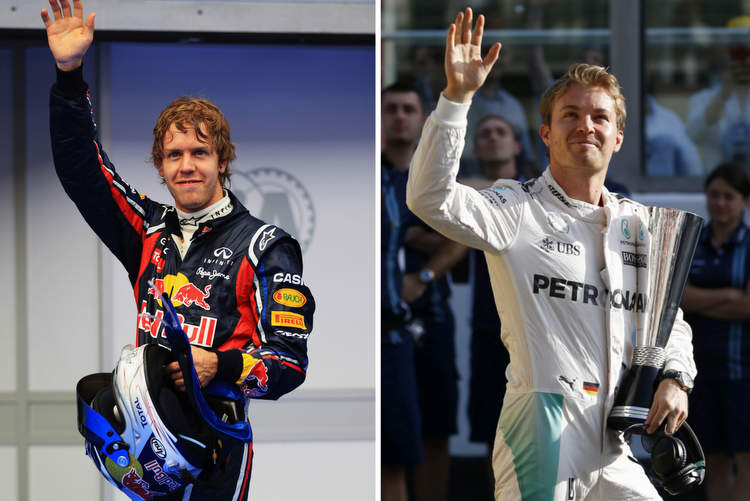 Ten seasons to choose from, mostly unremarkable as Red Bull dominated the early part of the decade and then Mercedes took the baton to end on top at the end of their record run in Formula 1.

There is no 1976-style epic season among the last ten, but there were a few that rattled the landscape of the sport at the highest level.

Grand theft Vettel. The first season of the decade had to be its best — never mind the fact that Sabastian Vettel stole the title from Alonso unable to find a way past Petrov in Abu Dhabi, but there was so little between Red Bull duo Vettel and Mark Webber, Alonso and McLaren lads Hamilton and Button that the championship went down to the wire in more ways as one and only 16 points split Vettel, Alonso, Webber and Hamilton, who only just missed taking third away from the Australian in that epic finale.

A season that makes Game of Thrones look like a crappy daytime soap opera, 2012 had absolutely everything. Seven different winners in the first seven races, Fernando Alonso dragging a mediocre Ferrari to title contention, Sebastian Vettel denying him with a late-season charge and its culmination with one of the most dramatic finales you will ever see — which also gave us this image. Simply put, it was entertainment at its finest.

David beat Goliath and no prizes for guessing who was who. Nico Rosberg’s epic world championship-winning season was a true cracker. Sure it was only Lewis Hamilton versus his teammate that year, but it had the incendiary ingredients of another Senna-vs-Prost style feud.

Bashing each other out in Spain, the animosity and the constant raising of the bar made it an enthralling year of Grand Prix racing – on and off the track between two drivers at the peak of their craft.

As a Hamilton fan, I was pained by the loss (and of course have my conspiracy theories;-) but, as a sportsman, I understood what Nico did when he packed-up his F1 career immediately after. He knew he could not raise his game again to take on the colossus his teammate was and continues to be. Brutally honest and huge respect to Hamilton.

Despite the defeat, sending Rosberg into retirement was actually Hamilton’s greatest victory. Valtteri Bottas has been easy meat compared to the German and since then the #44 car has been untroubled. One could argue Lewis needed that painful defeat to rise to yet a higher level as he does year in and year out.