Seidl: This is an important moment for the team 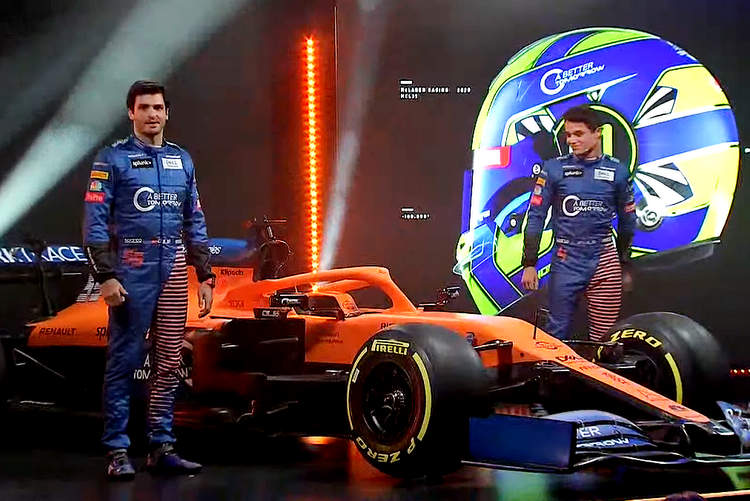 McLaren under Andreas Seidl’s watch enjoyed something of a renaissance last year, when chaos gave way to the German’s management style and what resulted was their best season in ages and fourth in the Formula 1 constructors’ standings, Best of the Rest.

However, team principal Seidl only officially joined the Woking outfit in May, the MCL35 that was launched today was his first with the team.

Seidl said on the occasion of the live-streamed launch, “This is an important moment for the entire team,” .”Yesterday evening, after many months of hard work from all the men and women at McLaren, our people were the very first to see the MCL35, before we showed it to the world today.

“Every team member has invested a great deal of time and energy during this pre-season in designing, engineering and producing the MCL35 ready to take to the track for the first-time at pre-season testing.

“Carlos and Lando showed real grit and determination last season and have continued to work hard in preparation for testing and the season beyond. We look forward to building on what was a very positive first year with them behind the wheel.

“Today is another step on our journey. It is important not to be complacent, this will be a tough season. Nothing comes easy in Formula 1 and the competition at the head of the midfield will be intense.

“We have six days of testing to prepare for the start of the new season and Carlos, Lando and the whole team here at the MTC and at track are ready. We go again,” added Seidl.

Credit to CEO Zak Brown for headhunting Seidl and putting him in charge of the ship that was lost at sea in the wake of the turbulent Fernando Alonso era.

What emerged was the slick operation that resembles the great Ron Dennis operations that led to the team’s greatest period of success. While they remain a customer team with Renault for a final year, in 2020 they will return to Mercedes power but still as a client and not an works outfit.

Nevertheless, the team has reason to be upbeat and Brown acknowledged, “I’m immensely proud of the entire team today. Last season we delivered what we set out to do – secure a hard-fought fourth in the Constructors’ Championship.

“Our positive on-track momentum and the renewed energy in the team has seen us grow our valued partner family and global fan base and we look forward to a hugely competitive season. While we are enjoying going racing again, we remain measured and focused, and all of us at McLaren keep pushing fearlessly forward,” added the American.