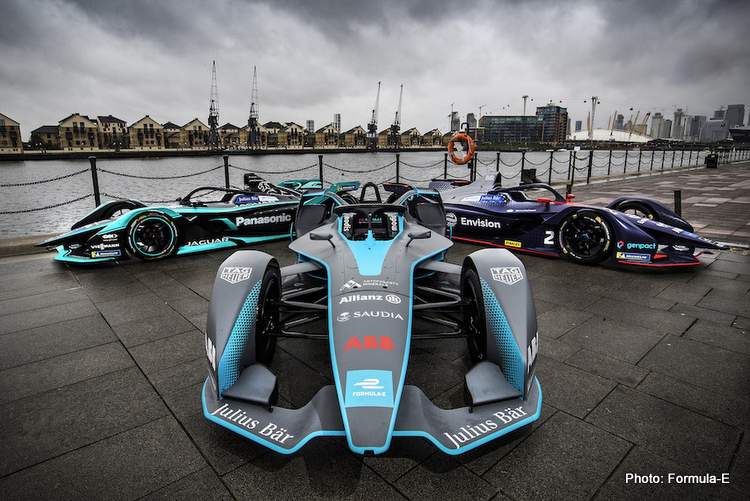 Strife-torn Hong Kong has been dropped from the 2019-20 Formula E season calendar as the city is battered by four months of violent pro-democracy protests that show no sign of abating.

Organisers released next season’s calendar late Friday with the semi-autonomous city noticeably absent for the first time since 2016.

The release made no mention of why Hong Kong had been dropped. But the South China Morning Post said organisers feared they could not risk putting on the event given the major protests now coursing through the city.

“The recent social unrest put a big question mark on the possibility of starting the event in March,” Edward Yu, governor of the Hong Kong Automobile Association, was quoted as saying.

“If something were to happen on the day of the event because of social unrest, and they cannot start, it will be a big loss,” he added.

Hong Kong had been due to host Formula E on 1 March next year for the sixth race of the season, but the new calendar had the southern Chinese beach resort of Sanya listed as the sixth race instead.

Hong Kong’s protests were ignited by a now-scrapped plan to allow extraditions to mainland China, which fuelled fears of an erosion of liberties promised under “one country, two systems”.

After Beijing and local leaders took a hard line, the demonstrations snowballed into a wider movement calling for more democratic freedoms and police accountability.

With no compromise or political solution on the table, the violence has escalated taking a heavy toll on the economy and multiple sporting events.

Major international tennis and golf tournaments have been cancelled in recent weeks as well horse racing and both local and international football matches.

Meanwhile, Formula E and the FIA – motorsport’s governing body – on Friday revealed the final calendar for the 2019/20 ABB FIA Formula E Championship, making it the busiest season yet in the series’ short history.

Featuring a record 10 capital cities and three new locations in Seoul, Jakarta and London, the 2019/20 season will see the most competitive line up in motorsport battle it out on the streets of 12 of the most progressive cities on the planet.

Starting with the double-header season opener in Diriyah, Saudi Arabia on November 22 and 23, the race will see Mercedes-Benz EQ and the TAG Heuer Porsche teams making their much-anticipated debut in the all-electric series.

From the heat of the desert, the championship moves to hustle and bustle of South and Central America for the Antofagasta Minerals Santiago E-Prix (January 18) and CBMM Niobium Mexico City E-Prix (February 15), with the Marrakesh E-Prix replacing Hong Kong as round five of the 2019/20 calendar as Formula E returns to the African continent.

Sanya fills the last free slot on the calendar, with another scorcher around Haitang Bay for round seven on March 21.

For the second year running, the European races return for another season, starting with the third edition of the Rome E-Prix on April 4, followed by a duel against the backdrop of the Eiffel Tower for the Paris E-Prix on April 18.

After Paris, the series touches down in the capital of South Korea for the first time on May 3 for the Seoul E-Prix, ahead of the most recent race to be announced – the inaugural Jakarta E-Prix – on June 6.

Being the only city to have featured in each season of the Championship, the BMW i Berlin E-Prix presented by CBMM Niobium will once again race around the historic Tempelhof Airport on June 21 – where all four German manufacturers will go wheel-to-wheel for the first time on home soil in Formula E.

Two weeks later, Formula E crosses the Atlantic to the Big Apple for the penultimate event of the season in New York City.

Rounding off the season, the European leg will reach its climax in London as the 2019/20 ABB FIA Formula E Championship will be decided across a two-day season finale showdown at ExCeL London on July 25 & 26.

“The 2019/20 ABB FIA Formula E Championship looks like it will be the closest and most competitive season we’ve ever had in our short history – in terms of manufacturers competing, thanks to Mercedes-Benz and Porsche joining the line-up, and with the amount of incredible capital cities set to showcase the most competitive line-up in motorsport,” said Alberto Longo, Co-Founder & Chief Championship Officer of Formula E.

“We’re proud to be taking our message of racing for a cleaner future, faster, to five continents around the world and look forward to more fans and families enjoying all we have to offer at our events.

“Let’s see if we can see an early pecking order at pre-season testing in only a couple of weeks. Season six has well and truly arrived.”