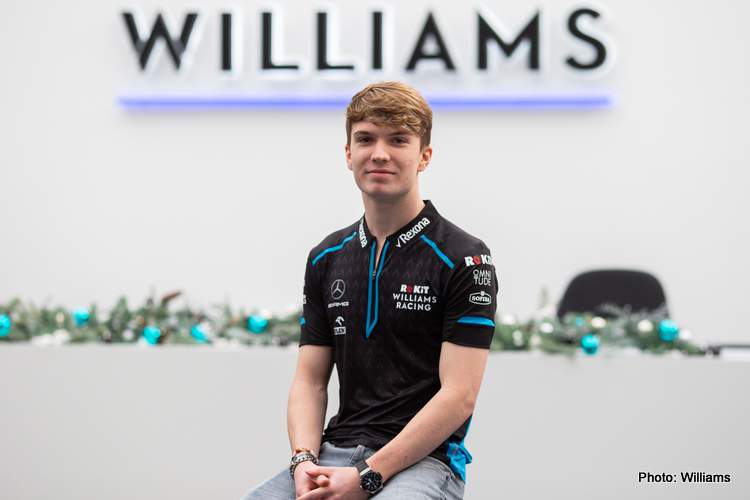 Dan Ticktum has been signed by Williams and will be part of the team’s Racing Driver Programme in the wake of the 20-year-old being ditched by Red Bull earlier this year.

The Briton will contest the 2020 Formula 2 season with DAMS, after getting his feet wet at the season finale in Abu Dhabi. He did not impress in Japan where Red Bull placed him in the ultra-competitive Super Formula series. After the fourth round, he was released.

Rokit Williams Racing is pleased to announce that Dan Ticktum has joined the team’s driver academy in the role of Development Driver.

Dan is a two-time winner of the famed Macau Grand Prix, tasting success in 2017 and 2018, whilst he also finished as runner-up in the 2018 FIA Formula 3 European Championship. He was awarded the prestigious BRDC McLaren Autosport Award in 2017 and was voted Autosport National Driver of the year in 2018. T

The 20-year-old made his Formula 1 test debut earlier this year in Bahrain with Aston Martin Red Bull Racing, and also drove in the post-Spanish Grand Prix test in Barcelona. Earlier this month, Dan was announced as a DAMS driver for the 2020 FIA Formula 2 Championship.

As a Development Driver, Dan will be fully immersed into the team both trackside and at the factory at Grove, where he will use his previous experience to conduct simulator work and help with car development.

Alongside a busy simulator programme, he will also attend two Grands Prix with full driver integration across the engineering and marketing teams. Dan will also carry the academy logo on his FIA Formula 2 Championship overalls and car.

Speaking about the announcement, Dan Ticktum said; “It is a privilege to be joining the Williams Racing Driver Academy, especially given Williams’ incredible heritage in our sport. The time in the simulator and experience working with the team will prove invaluable for my development. Being fully integrated into the operations will be a fantastic opportunity and I look forward to assisting wherever I can.”

Claire Williams, Deputy Team Principal, commented; “I am delighted that Dan, another exciting young British talent, has joined the Williams Racing Driver Academy. His ability behind the wheel has been demonstrated with back-to-back successes at the prestigious Macau Grand Prix in 2017 and 2018. Dan’s technical expertise will prove invaluable to the team and we are looking forward to helping him grow and develop in 2020.”