Lewis Hamilton and Valentino Rossi will swap their respective F1 and MotoGP rides on December 9 at Valencia according to a report from Autosport.

The high-profile swap, which has been in preparation for some time and which will take place just a week after the end of the F1 season, is supported by Mercedes AMG F1 and Yamaha MotoGP mutual sponsor Monster Energy.

Hamilton has never denied his infatuation with big bikes, collaborating with MV Agusta on the design of two of its fierce-looking ‘LH’ models, and enjoying the occasional track test as he did last December when he rode a works Yamaha YZF-R1 Superbike at Jerez.

However, it will be the Mercedes star’s first experience of MotoGP machinery although the Briton visited the series paddock in Qatar earlier this year. 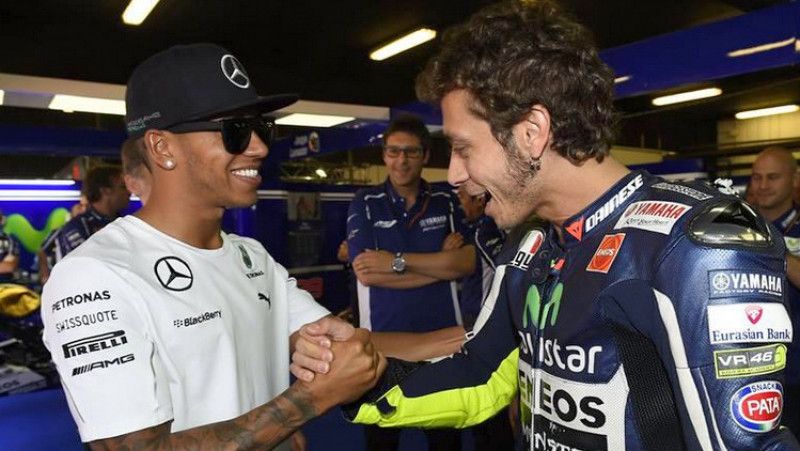 Rossi on the other hand has undertaken several F1 tests in the pasts with Ferrari, acquitting himself well enough for the Scuderia to encourage his passage from two to four wheels.

The Italian rider and seven-time MotoGP champion stuck to what he knew best however, while Hamilton also has no intention of jumping ship, insisting recently that when it comes to racing bikes he was past his sell date.