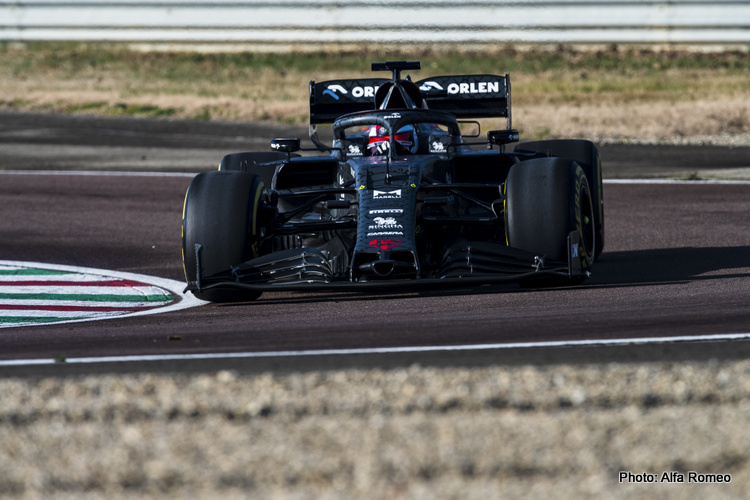 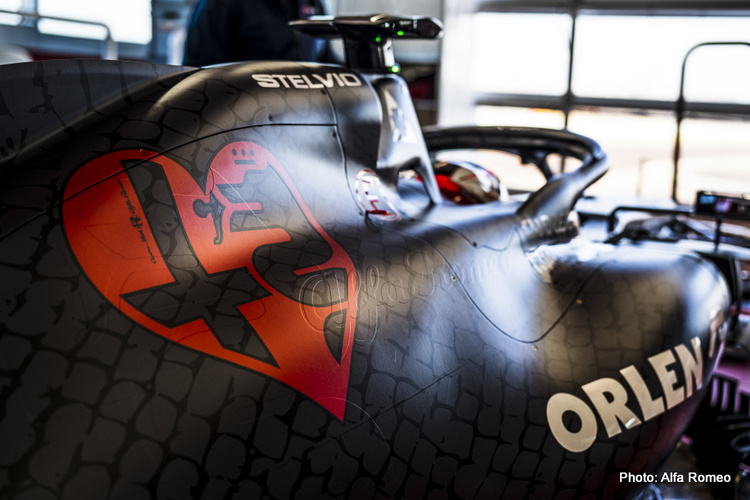 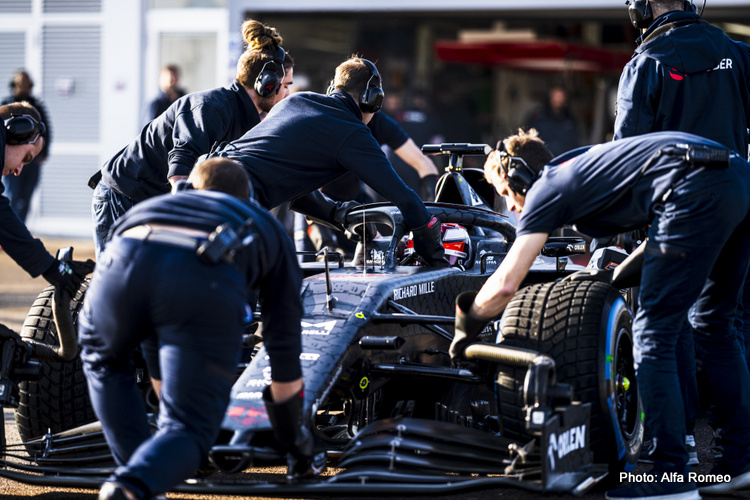 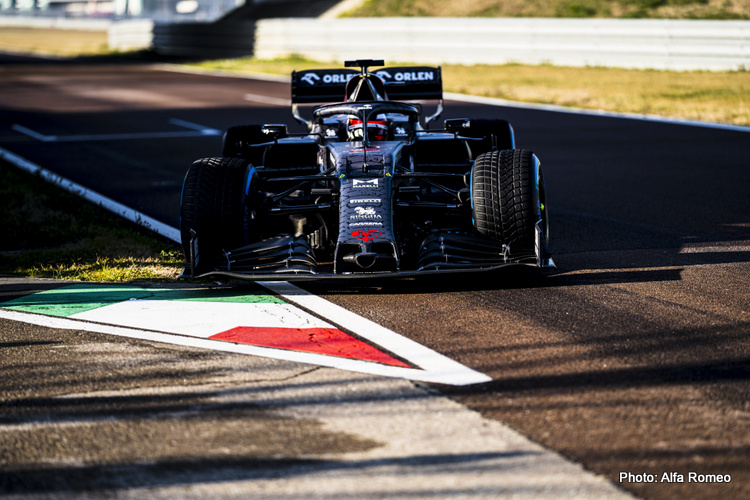 Alfa Romeo have offered a preview of their 2020 car on Friday, releasing photos from a filming session of the C39 at the Fiorano circuit this morning before sending a more detailed overview later.

The team reported at the end of the day:

The moulting of a skin is a crucial process in the life of a snake. It allows it to find a new space, to grow, to become comfortable with what it has become. It is nature’s way of providing a rite of passage – a milestone that marks a new beginning.

The same is true for Alfa Romeo Racing Orlen. Emboldened by the new partnership with Orlen, the team will aim to make a decisive step forward with its new car, the C39. Testament to the increasing appeal of the team and its international reach, the Orlen deal is a statement of intent for the renewed ambitions of the Hinwil team, alongside its existing relationship with Alfa Romeo, which is strengthened for 2020.

The C39 is the fruit of this ambition. The car completed a first successful outing during a shakedown at Fiorano Circuit today. The team’s 2020 contender, driven by Kimi Räikkönen, began its competitive life as it left the garage at 9:37am – and it did so in an exotic snakeskin livery in tones of black and dark grey.

The C39 snaked around the Fiorano Circuit for 33 laps, Kimi displaying increasing confidence with every run completed. The car curled around the track’s tight corners, writhed past the fast bends as Kimi explored its capabilities before coiling back in the garage at the end of the day – a positive first session of on-track work ahead of the 2020 season.

The snakeskin livery, designed by the Centro Stile Alfa Romeo, is a homage to one of the brand’s dominant icons, the heraldic Biscione­ – the large serpent featured in the city of Milan’s crest. It is a fitting tribute to Alfa Romeo, whose logo also features the Biscione, to mark the start of the legendary brand’s 110th year.

The snakeskin pattern not only contributed to creating a unique look for this special occasion: it also helped the team camouflage the C39, leaving the secrets its bodywork holds to be revealed at the team’s official launch on February 19th.

Scales and slithering looks were not the only tributes on this one-off livery, however. The C39 also featured a novel and exclusive interpretation of the Alfa Romeo logo in the shape of a heart, a nod to Valentine’s Day and a celebration of love all over the world. The top of the monocoque also displayed a tribute to the work of all Sauber Group employees, an acknowledgement of their contribution to the creation of the team’s 2020 car.

Just as a moulting snake sheds its skin to grow, so will this livery soon need to give space to a new incarnation. When the covers come off the C39 on Wednesday next week, the snake will be gone, its skin shed to reveal a new, fresh look to tackle the challenge ahead. The task ahead is huge, but so is the motivation of everyone in Hinwil. It will take a new skin for a new beginning indeed.

Even snakes have a heart.
Happy Valentine’s Day…