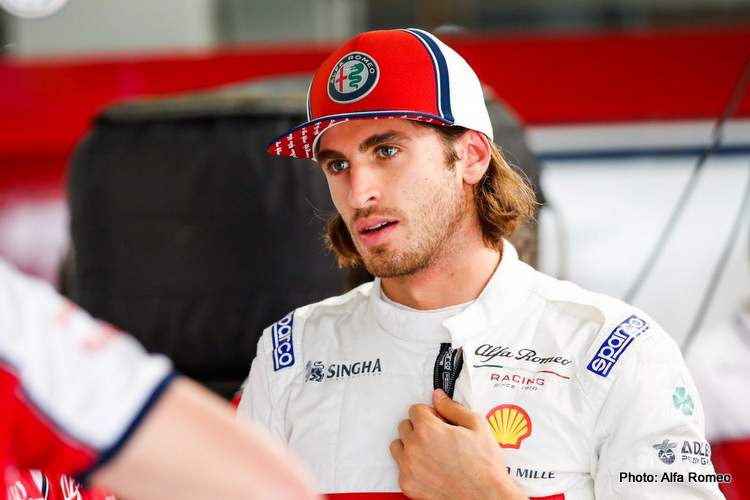 Alfa Romeo team principal Frederic Vasseur has dealt a blow to Nico Hulkenberg’s flagging chances of staying on the Formula 1 grid next year while suggesting that Antonio Giovinazzi will remain with the Swiss team in 2020.

Hulkenberg, who has lost his Renault seat for next year and is no longer in contention to move to Haas or Williams, said at Suzuka that his supporters would have to play “more of a patience game” before his future is revealed.

It seems that Alfa Romeo is also no longer an option, with team boss Vasseur indicating that Antonio Giovinazzi is set to remain Kimi Raikkonen’s teammate next year.

“We will take the decision quite soon but honestly, if you have a look at the last event, I think that Antonio is doing a very strong job,” he said.

“He was matching Kimi in the last six or seven qualifyings in a row. He was in front in Sochi,” said the Alfa Romeo boss. “Antonio is doing the job, he’s improving and I’m very confident with Antonio.”

Big Question: Does Antonio deserve another year with Alfa Romeo?