Vasseur: No 2020 Formula 1 testing for Schumacher 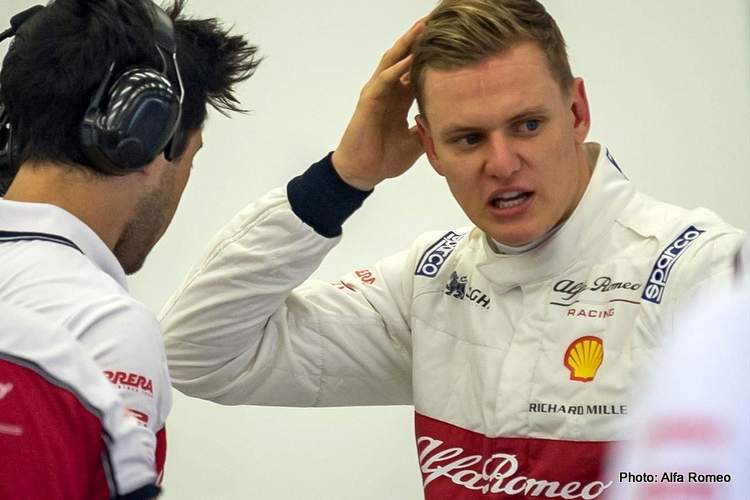 Alfa Romeo team boss Frederic Vasseur says Mick Schumacher is not currently scheduled to test for the team next season and urges the young German to focus on his second Formula 2 campaign in 2020.

Schumacher, the son of F1 legend Michael Schumacher, tested the Swiss-based team’s 2019 car in Bahrain but, as a rookie, he then struggled in Formula 2 and finished 12th in the championship.

Notably, in his first season in Formula 3, he also finished 12th and a year later – in 2018 – he was Formula 3 Champion. Much of the same is expected from him next year.

Meanwhile, Vasseur was asked by Blick if there are any testing plans for the 20-year-old, the team chief replied, “There will be no additional tests next year.”

He added: “First of all, Mick has to win Formula 2 or perform well. But that is incredibly difficult under his conditions and the pressure. Along with Ferrari, we are following his path and his progress.”

Alfa Romeo will enter 2020 with an unchanged driver lineup, even though Ferrari junior Antonio Giovinazzi’s fate was left open until recently.

“Ten years ago, teams waited until February to announce their drivers,” Vasseur explained. “We were never in a hurry, so we were able to keep the pressure on the team and on Antonio.”

As for Giovinazzi’s performance this year, Vasseur said: “I have to answer with a glass half full and half empty.”

Finally, Vasseur was asked about rumours that Alfa Romeo could leave the Hinwil based team as its title sponsor at the end of 2020.