Verstappen: ‘Maybe God is with Hamilton but he’s not God’

Red Bull’s Max Verstappen reckons his team and himself can give Lewis Hamilton a run for his money this year, insisting the six-time world champion is good but “not God”.

Red Bull Racing and Verstappen aim to take their performance to the next level this season following the pair’s three wins in 2019.

And with the right equipment under him and Honda’s continued progress, the 22-year-old Dutchman believes he can challenge for the title and defeat the formidable Mercedes/Hamilton war machine.

“Of course, it is very car-dependent in Formula 1,” Verstappen told the media in London on Monday.

“Lewis is very good. He is definitely one of the best out there. He is not God, maybe God is with him, but he is not God.

“When you can put the pressure on it is a lot harder for the guy in the lead. If he never really has pressure, he can drive at 97 or 98 per cent and then you never make mistakes.”

Verstappen believes that if he can get close enough to his rival, he can gain the upper hand.

“If we start the season within two tenths (of Mercedes), we can mount the pressure,” he said.

“I am looking forward to when we get that fight and if we are really close, I am pretty sure we can do better.” 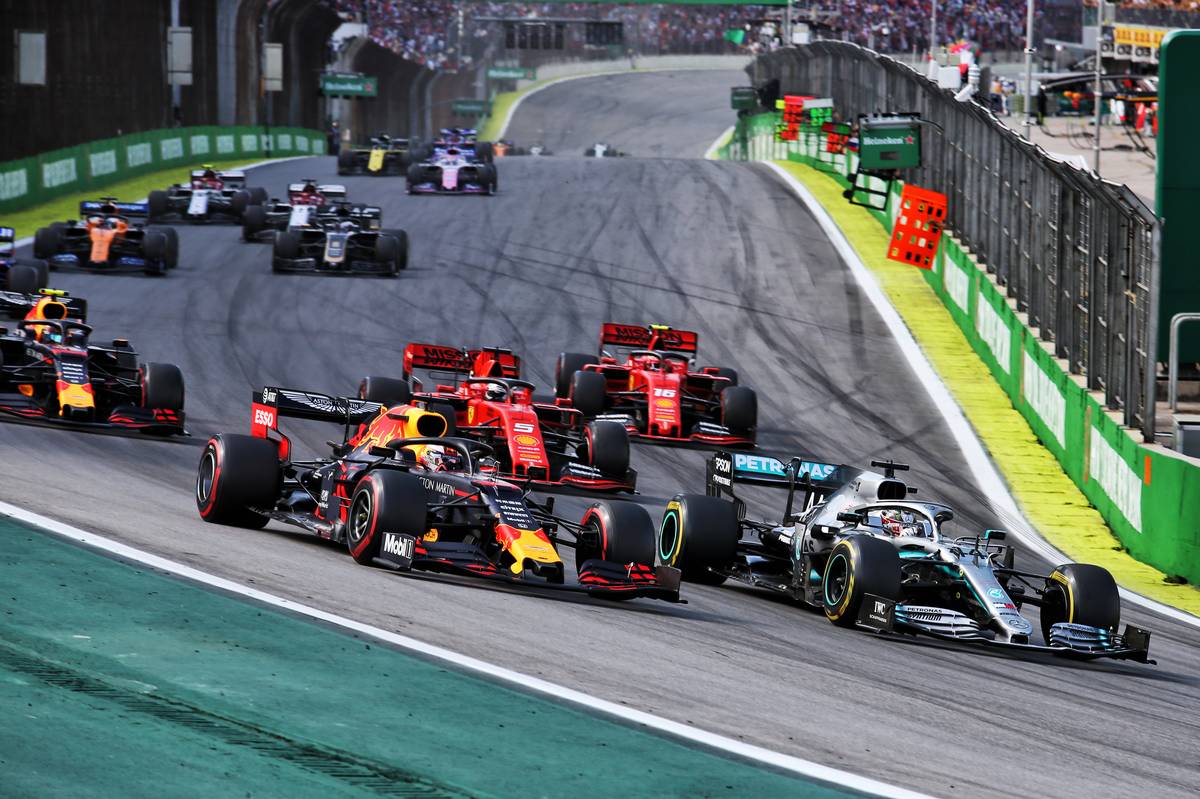 While Hamilton’s future with Mercedes beyond this season is still up in the air, Verstappen recently extended his allegiance to Red Bull.

And the long-term commitment has provided the young charger with a helpful peace of mind, void of any distractions.

“It is a good thing my future is sorted because it takes away any doubt,” Verstappen said.

“There are no question marks any more. When you go into a season and your contract is up at the end of the year, at one point it is going to be a bit awkward. I didn’t want to have any of that.

“This is the right place. I see the motivation and hunger to fight for victories and a championship. Looking at this year we want to mount a challenge to Mercedes and I think we can do that.”