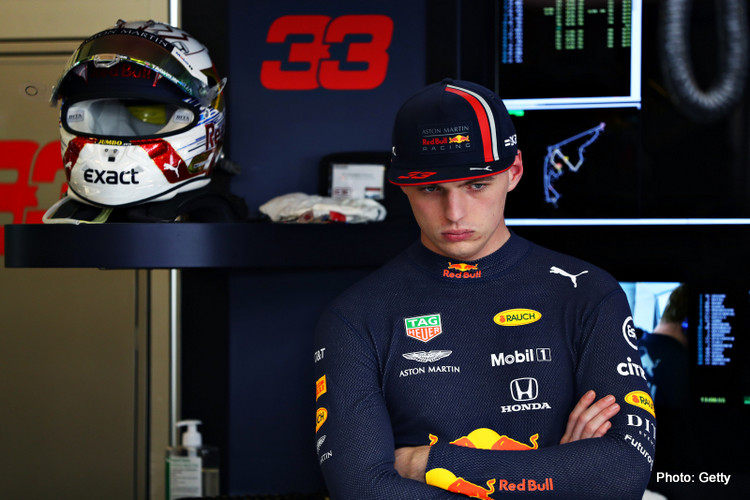 Red Bull’s Max Verstappen has revealed he is far from satisfied with his performances in Formula 1 so far, and hopes the next generation can step-up to alleviate the ‘boredom’ of Lewis Hamilton always winning.

Speaking in an interview last week with Auto Zeitung, the 22-year-old Red Bull driver acknowledged his on-track record is far from perfect, and hopes to learn from his mistakes in his bid to become an F1 world champion.

“I have improved in each of my five Formula One seasons so far. That’s always good, but on the other hand it’s no surprise. You always gain experience and automatically become better,” he started.

“But I always set the bar higher. I always want to improve myself.

“Even a victory is not good enough for me. There’s always room for improvement in winning. Some people celebrate victories as if everything went perfectly. But even then I still worry.”

While some people may scratch their heads at his inability to simply enjoy a win, Verstappen maintains it is a mindset that pushes him to always be a better racing driver — something he credits to his father, Jos.

“That’s always been the case with me. My father was a big part of that. When I said: “I won”, then he said: “Yes, but here, there and there you made mistakes”. He always treated me critically, analyzed every mistake. I did not agree with that at all at that time. Today I can understand it.”

Further to that point, Verstappen admitted he is still learning to measure-out his much talked-about aggression.

“Sometimes you have to drive aggressively, sometimes not. And mistakes happen. If you don’t want that, you better put a robot in the car.”

“But: It’s also quite good to make mistakes. It’s the only way to learn. Often enough you tell yourself: Don’t do that. But you can’t avoid it. Especially in a race car at the limit it is easy to make mistakes. The main thing is always to learn from them,” he said.

Scoring three wins and 278 points on his way to third in the 2019 championship, Verstappen enjoyed his best season yet last year. In addition, it was also a season that saw the emergence of a true rival in Ferrari’s Charles Leclerc, with whom he enjoyed several notable battles.

“He is a great driver, a huge talent and it is a very big chance for him to race for Ferrari,” he said of the Monegasque. “I expect that we will duel each other for many years.”

Between Leclerc, himself and other emerging young drivers, the Dutchman hopes F1 will finally see an end to the run-of-dominance enjoyed by Lewis Hamilton.

“The many young, strong drivers like Lando Norris, George Russell or Alexander Albon are good for our sport. Hopefully we will soon take over the leading role in Formula 1. Otherwise it will be too boring when Lewis Hamilton always wins…”

Having turned 35 in January, it is widely assumed that Hamilton is in the latter stages of his career, but Verstappen knows he can’t just sit-back and wait for the ‘changing of the guard’ to happen.

“Lewis won’t be driving forever. Eventually, he’ll stop. But ultimately, it’s up to the team, not Lewis. Because if Mercedes continues to build good cars that will allow him to become champion, why should he stop?

“Lewis is very, very good. He’s one of the best drivers that ever existed in Formula One. I respect him as a very strong racer. But like I said, as a driver you’re very dependent on your car. If Fernando Alonso had been in that Mercedes, he would have won. It’s also part of being with a team that ultimately achieves such dominance.”

Even should Mercedes’ success continue, Verstappen has taken himself out of contention to drive for them — at least in the near future — having signed a three-year contract extension with Red Bull last month.

“I am happy where I am. I want to win with Red Bull and become world champion. You got me into Formula One. That’s where loyalty counts. I’m really looking forward to working with the people there. A great group of people. I feel very much at home at Red Bull Racing. That’s also something that is very important for a driver. And I appreciate that.”

On another note, 2020 will also see the return of the Dutch Grand Prix to the F1 calendar, and yet while Verstappen is very much looking forward to “a spectacle bathed in orange”, he is also concerned about the associated push from Liberty Media for a 25-race calendar.

“[25 races is] definitely too many. It would be better to focus only on the most historic, biggest, most important and to have only 20 really good events,” he suggested.