Vettel: Formula 1 is heading in the wrong direction 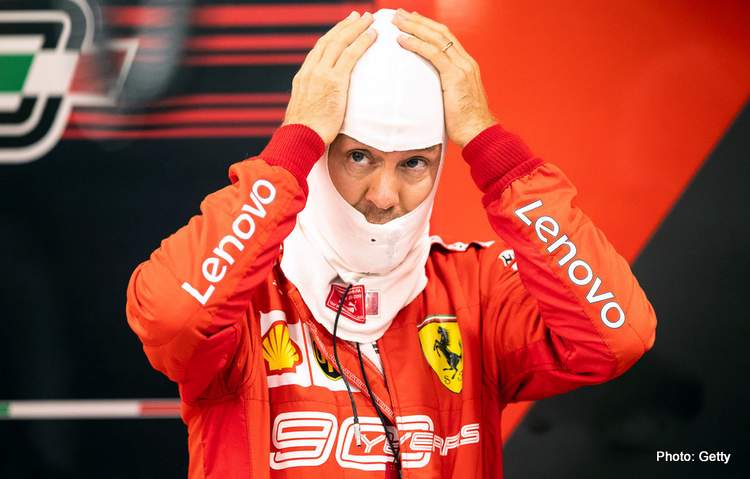 Sebastian Vettel has warned that Formula 1 was heading in the “wrong direction” by reverting to heavier and slower cars, as unveiled in the sport’s launch of its new regulations for 2021 and beyond.

Lap times for the proposed new cars are forecast to be more than three seconds greater on average than they are this season – and a step back into the past.

“The cars are more spectacular now, and have been since 2017,” he said referring to the introduction of the current record-breaking breed of F1 cars. “Before that, I think it was quite slow. Now, we know what these cars can do. It is more exciting.”

The Ferrari driver said he felt that it was not wrong to seek to make the cars faster still, “The wrong direction, in my point of view, is that the cars are so heavy which is obviously related to some of the safety measures, but I think everybody accepts that.”

In the past, prior to 2017, he said the cars “had very little drag and were great in a straight line, but that’s not the exciting bit for us and it (the average speed) was significantly slower than maybe some years earlier.”

In 2017, the revised cars were designed to try and reduce lap times significantly and succeeded, trimming up to 5.5 seconds off a lap at Barcelona’s Circuit de Catalunya and 2.3 seconds elsewhere. Lap records were broken regularly.

Four-time world champion Vettel, however, welcomed the prospect of closer racing, “Obviously, on paper, the ideas are always great. But I think it will materialise a little bit more in the coming weeks.

“So we’ll see in the end of the day. No matter how the cars look, if the racing is better for us, if it’s more fun, then that’s a win.”

The FIA’s head of single-seater matters Nikolas Tombazis estimated the new cars for 2021 would be “between three and three and a half seconds slower per lap.”

He added: “We don’t think (performance) is the key parameter of the spectacle. We feel that race-ability is the main target. We haven’t been focussing on an exact level of performance.”

F1’s motorsport chief Ross Brawn said he did not see any problem in slower cars and lap times, “These cars, remember, from 2016 to 2017, had a huge increase in down-force. It’s worth thinking back on that experience because it was done for reasons I don’t understand.

“The huge increase in down-force was ‘let’s make the cars go faster, that must make F1 better’. Well, all we’ve done is we’ve actually made it worse because the cars can’t race each other.

“It’s an example of an un-thought-through programme. So the cars are very quick now, but they’re not race-able. And the reality is that the performance of these new cars is going to be about where we were in 2016,” added Brawn.

Big Question: Is F1 is heading in the wrong direction?