Vettel: It was not right that I ignored the radio message 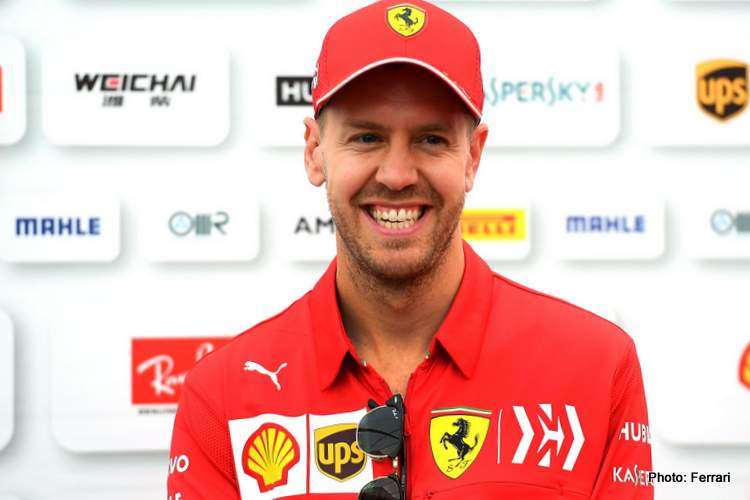 Although Sebastian Vettel has admitted that ignoring team orders at Sochi was not the correct thing to do, the tension between the Ferrari drivers could continue despite them downplaying the feud that has captivated Formula 1 in recent weeks.

Leclerc said, “Obviously it felt like it was a huge deal from the outside, which it definitely wasn’t, but now everything is fine.”

And added that it is now “clear” that both drivers “need to obey orders”.

Vettel was reluctant to talk about the topic at Suzuka, but he did admit: “It was not right that I ignored the radio message.

“No matter what agreements there were or who was right or wrong, I got the message to swap the place and I didn’t do it. That was certainly not right,” said the German.

Both drivers insist they can continue to work together, but a hierarchical struggle for Ferrari’s coveted ‘number one’ spot is clearly taking place.

“From the energy, the way it looks, they’re trying to ramp Charles up,” the championship leader added.

Former F1 driver Ralf Schumacher agrees with that assessment, “They are trying to explain to Sebastian, one way or another, that he has to make room for Charles Leclerc. It’s starting to get a bit political and I get the feeling that Leclerc already has Vettel exactly where he wants him.

“He has taken away the number 1 status. He no longer has to drive for Vettel, because they see [Leclerc] as the future,” Schumacher told Sky Germany.

Big Question: Does this mean peace at Ferrari?