Speculation that Sebastian Vettel might use today’s FIA press conference to announce his retirement from Formula 1 have proved to be very wide of the mark.

Vettel had a lacklustre season in 2019 and was beaten by his Ferrari team mate Charles Leclerc in the final driver standings, with the Scuderia overall unable to challenge their rivals Mercedes in the constructors stakes.

But the four-time world champion insisted that his enthusiasm for F1 and his determination to return to race- and title-winning ways was undimmed.

“I love what I do and I love driving,” he told the media at the Circuit de Barcelona-Catalunya on the first day of the second week of pre-season testing.

“I got really excited getting in the car last week and got back into a rhythm very quickly and that feels great. The satisfaction you get from driving is still the same

“But I’m not just here to get a great feeling, I’m here to win,” he continued. “I joined Ferrari to win the championship and we haven’t done so so far.

“In recent years, some were good, some better than others, but in the end none have been to our liking at the very end,” he admitted. “It’s been a couple of years so far, but the hunger, goodwill, and determination is still there.

Recent reports have linked Vettel to a possible return to his old Red Bull squad when his contract at Maranello expires at the end of the current season. When asked about it on Wednesday, Vettel was somewhat vague about the future.

“It depends on what I believe in and vice versa,” he said. “Right now it’s not that important – but there will be a time when it is important and we’ll sort out the contract situation.

“Obviously right now we’re very busy with other stuff so therefore right now I would say zero,” he responded when asked whether the contract situation was weighing on his mind at all. “Not more than last time, three years ago.

“Time me will tell but it doesn’t change anything right now,” he added. 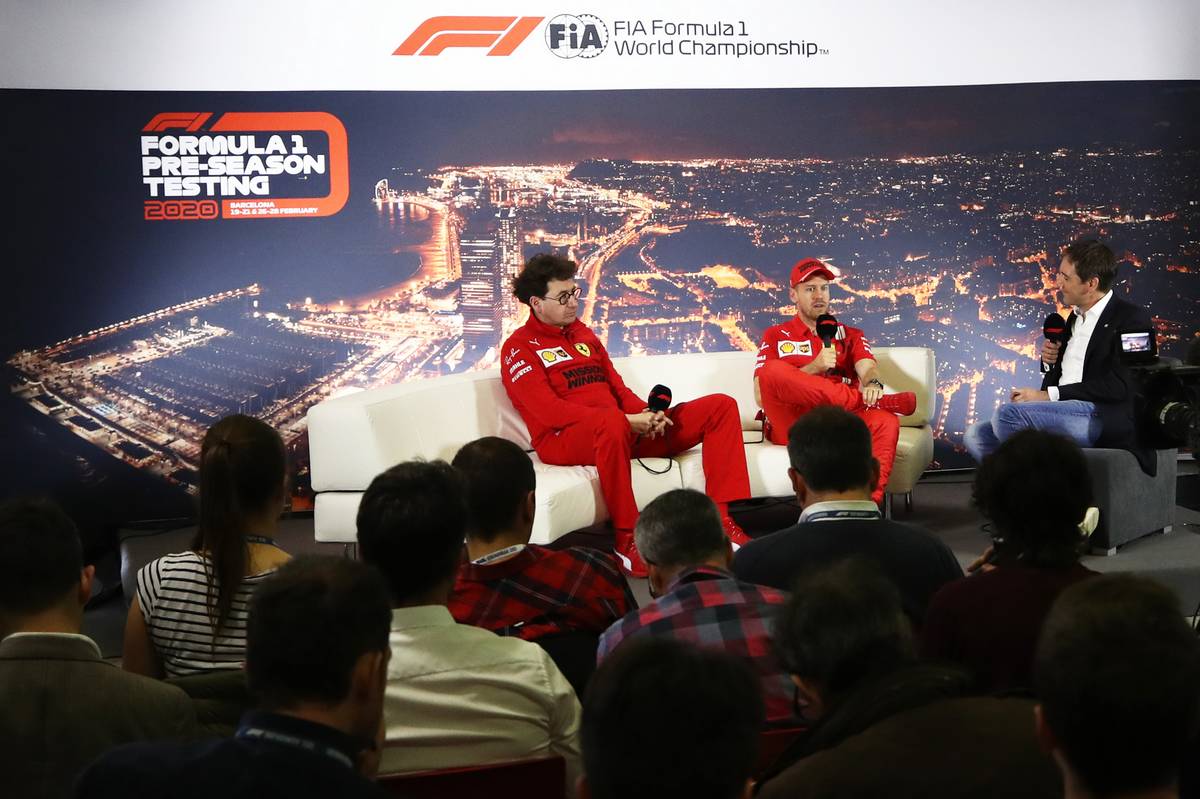 That contrasts with team principal Mattia Binotto, who used the same press conference to reiterate that re-signing Vettel for 2021 and beyond remained his preferred option.

“Seb is our first option, that’s the best line-up and the best in F1,” Binotto stated emphatically when asked about the often-tense Vettel/Leclerc partnership.

“I’m very happy and proud that they’re driving for Ferrari,” he insisted. “We will come to the contract situation soon and discuss what’s the best thing for us.

“We started the early discussion with Seb and we are very aware that the contract is coming to an end, but it will come very soon to close the discussion and see what is in the best interest in both of us.

“I think the relationship is good, it will be a natural discussion, not a matter where we need an appointment in our diaries,” he continued. “We’ll discuss this over dinner.

“I know Seb now since many years, not only in the position of team principal but as technician before,” He pointed out. “From my side the last year has been important as we start knowing each other more and more and better and better.

“What matters more right now is the project, which we are sharing.”