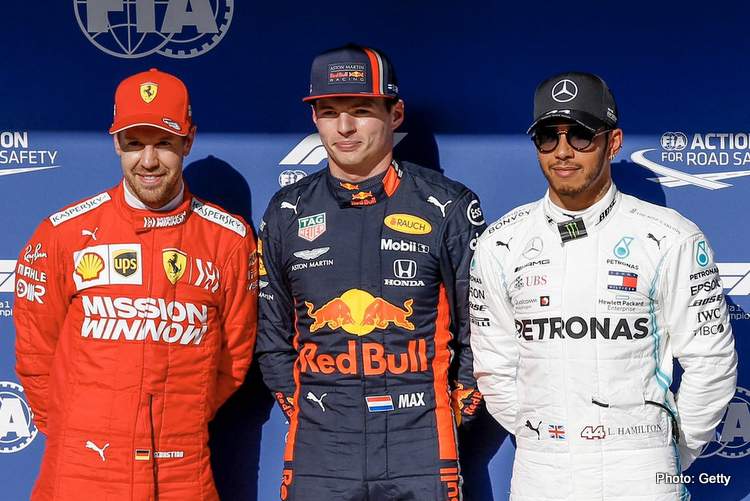 With his contract up for renewal at the end of next season, Red Bull star driver Max Verstappen revealed that there may be opportunities for a move to another team for 2021 as the futures of both Lewis Hamilton and Sebastian Vettel are uncertain beyond the end of next year.

At the FIA prize-giving gala, the futures of the Dutch driver as well as Hamilton and Mercedes boss Toto Wolff continued to be hot topics.

“Of course we want to know what each other’s plans are,” Wolff said, referring to Hamilton and speculation that the Briton might switch to Ferrari, “I see no problem that we do not close doors so soon. Whether we know in April, June or October about who is with us in 2021 does not matter to me.”

Hamilton suggested to reporters at the Paris event that Verstappen, who currently drives for Red Bull-Honda, has been calling Wolff about 2021, “It’s understandable because everyone wants to win and be part of a successful project.

“What we’ve built up over these years is very strong and other teams just don’t have that yet. It takes time to build it,” added the six-time F1 World Champion.

But Verstappen played down the latest Mercedes talk, “I know there will be opportunities next year, but to be honest I haven’t thought much about it. I think it’s more important that we wait and see what happens at the start of the new year.”

Ultimately, Hamilton will make the key decision about 2021, and Fernando Alonso said at the FIA gala: “I don’t know what I would do in Lewis’ situation. I would imagine that loyalty will play a major role, but no one knows how it will go for Mercedes in 2021 and beyond.”

As for Wolff, he has been linked not only with Chase Carey’s top job at Liberty Media, but also with a sensational switch to Ferrari, “I don’t want to take a decision that involves everyone’s future lightly. It will take some time, but I don’t think there will be surprises.”

While Ferrari boss Mattia Binotto insists Sebastian Vettel is with the team for the long run, the arrival of Charles Leclerc as the team’s sure bet for the future has unsettled the four-time F1 World Champion.

What the German decides to do at the end of next season remains to be seen, with speculation ranging from him quitting the sport to a return to Red Bull, plus everything in between.