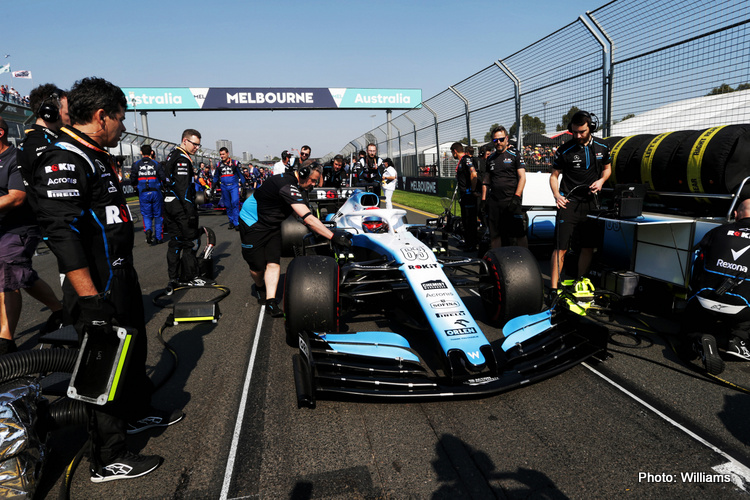 ROKiT Williams Racing is delighted to announce two new appointments that will strengthen its technical team.

Worner is currently responsible for the Red Bull Racing/Scuderia Toro Rosso Synergies initiative and has been working in Formula 1 since 1997, when he joined Arrows as a Design Engineer. He gained experience in both stress and design engineering with Rolls Royce Aero, who he was with for 18 years from 1979. He moved to Jaguar Racing in 2003, transitioning to Red Bull Racing the following year as Senior Suspension Designer. He became Head of Suspension and Driver Controls for them in 2007 and was appointed Deputy Chief Designer in 2014.

Carter began his motorsport career in 1979 with Reynard Racing Cars before also working for Arrows as a Design Engineer for six years. He then moved to McLaren in 2002 and was responsible for their first composite maincase, before leading a team responsible for advancing the team’s monocoque. He then went on to be Principal Engineer Car Integration before becoming Deputy Head of Vehicle Design in 2012. He is joining Williams from the Renault F1 Team where he has been Head of Composite Design since 2015.

Coincident with the above appointments, Adam Carter is appointed to the position of Chief Engineer and will be responsible for the integration and coordination of activities across the core engineering functions and delivery of vehicle programmes.

Deputy Team Principal of ROKiT Williams Racing, Claire Williams, commented: “Dave and Jonathan bring enormous experience, knowledge and skills to the Williams team, and we are delighted that they are joining us in the near future.  They will strengthen our design capabilities and work closely with Adam Carter, our Chief Engineer, and the other senior members of the Engineering team on the design and development of the next generation of Williams F1 cars.”