Williams launch their FW43 hoping for a fresh start 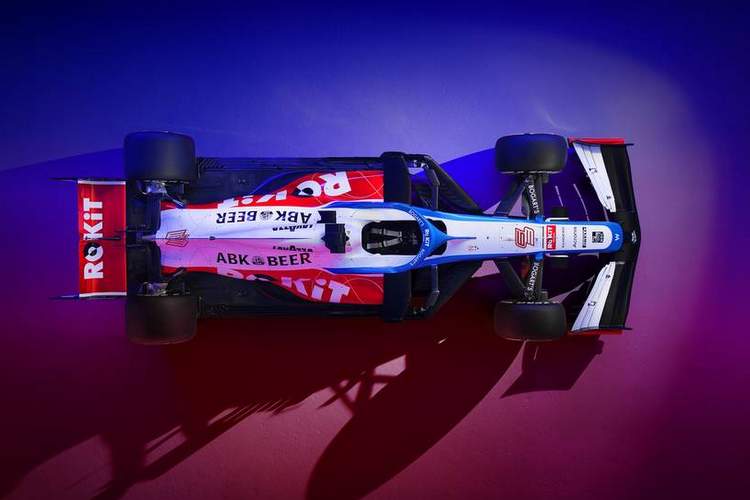 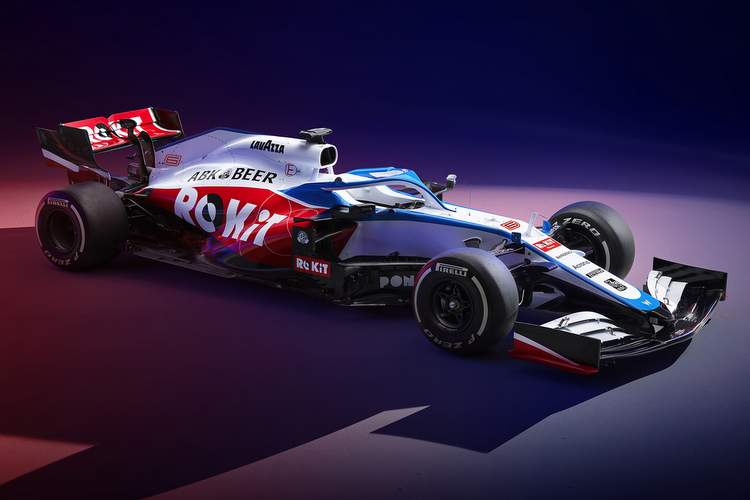 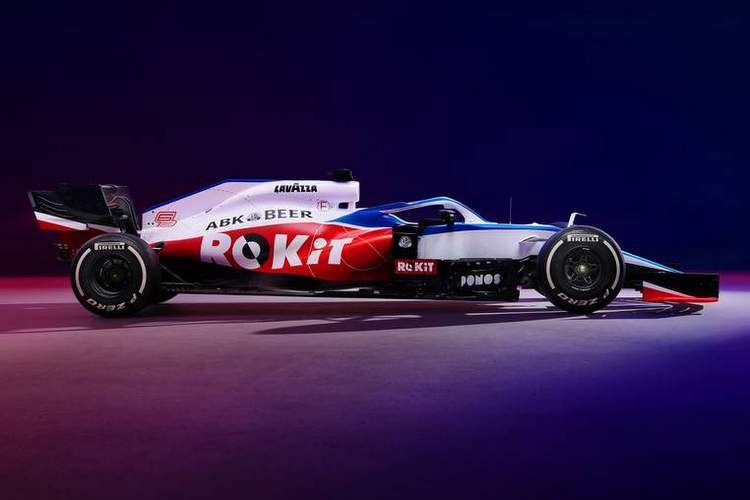 Williams released images of the FW43 ahead of testing for the 2020 Formula 1 World Championship season, with deputy team principal Claire Williams hailing a fresh start for the team.

Notably, the ghastly livery of last year has made way for a neat and racy looking paint-job, with RoKit the title sponsor featuring on the sidepods, and ABK Beer featuring prominently on the car’s engine cover.

Williams, once the mightiest team of all for numerous years, is now by far the worst team on the grid, with last year’s campaign continuing the downward spiral that has doomed them for the past decade.

The 2020 car is supposedly an evolution of the brick they produced for the past two years, which suggests another year in back-of-the-grid oblivion for talented George Russell as well as his new rookie teammate Nicholas Latifi.

However, today, on the occasion of the launch the spin is all positive, with everyone at Grove apparently fired up and throbbing with fighting spirit ahead of the new campaign. One hopes for their sake that they don’t arrive at the F1 gunfight with a kitchen-knife.

On the positive side, and back to the topic of the launch, if the car is as good as the new look livery then it might not be a bad piece of kit.

ROKiT Williams Racing has officially revealed its 2020 Formula One challenger, the Williams Mercedes FW43 which is an evolution of the FW42, with much of the development work carried out throughout 2019 feeding in to the design of this year’s car.

Speaking ahead of the 2020 season, Claire Williams, Deputy Team Principal, said: “This year marks a fresh start for the team. We have spent time addressing our areas of weakness and have ensured that we have the right people, structures, procedures and resource in place to deliver competitive race cars.

“We are all committed to re-building Williams and returning the team to competitiveness. As such, our 2020 campaign is about making progress. The fighting spirit is still very much alive, and this year, everyone will continue that fight until we get back to where we want to be.”

Design Director, Doug McKiernan, commented: “The team at the factory have been working incredibly hard on the development of the car for the 2020 season.

“We have paid significant attention to understanding the problem areas of the FW42 and we have carefully chosen parts of the car to develop, those that would give us the most performance for the resources we have. The main concept behind the FW43 is that it is a continuous development of the FW42, with no fundamental concept changes to the layout.

“The most important indicator that we are on the right path will be the level of correlation we have between the tool kit we use to design the car and what the track data is telling us.

“There has been a healthy development rate in the wind tunnel, and we have found reasonable improvements in the cooling efficiency. The team has addressed the mechanical issues that affected it in 2019, these include the brakes and the overall weight of the car. We have made some good progress across these areas and will continue to focus on them during the season.”

Chief Engineer, Adam Carter, added: “The initiatives that we put in place to drive performance across all disciplines within the engineering department are evident in the design and development of the FW43. It’s been great to see the hard work starting to pay off.

“The decision to retain some of the core architecture of the FW42 means there has been less resource invested in developing new concepts, which in turn has rewarded the design team with greater bandwidth to optimise their work, evident in both packaging and component detail.

“By preserving some key parameters, it has allowed for an uninterrupted development programme within Aerodynamics in order to maximise the efficiency of the resources. As we head towards the pre-season tests and then onto the race season, the most important measure will be the progress relative to our peers, along with our intention of continuing our recent record of reliability.

“Later this week, we will be looking at our single timed lap pace, our long-run pace and the feedback from the drivers to understand where we are and what we do next. We have teams, both at the track and back at Grove, that will be delving into all aspects that define that lap time during the pre-season tests to ensure we are in the best possible place ahead of the first race in Australia.”

The official pre-season tests will begin on Wednesday 19 February for six days, concluding on Friday 28 February. The season officially begins at the first race in Melbourne, Australia, on Sunday 15 March.