After last year’s painful preparation debacle, it was a relief to everyone in the paddock when the Williams FW43 was the first car to hit the track at the start of pre-season testing for 2020.

Things had also been looking good for the team in terms of reliability, with drivers George Russell and Nicholas Latifi completing 136 laps between them on Wednesday, and Russell adding another 166 on Thursday.

But unfortunately Latifi’s return to the cockpit on Friday was somewhat more limited, when an engine problem saw him grind to a halt on the front straight during the morning session, after completing just 44 laps.

“It wasn’t the day I had hoped for in terms of running,” Latifi sighed. “I mirrored George’s programme from yesterday in terms of the sequence, with a lot of aero runs in the morning.

“Then I was able to get a few pushing laps, before we saw some potential problems in the PU data.”

“Nicholas was back in the car today and we had a full programme planned for him,” picked up Williams’ head of vehicle performance Dave Robson.

“Unfortunately, during the morning we saw something in the data which gave us concern over the power unit. A subsequent investigation meant we couldn’t get back on track until late in the afternoon.”

After changing the engine, the car was ready for Latifi to add a further 28 laps to his total during the final hour of the session.

“The mechanics did a great job of rebuilding the car to get us back out in time to complete some useful new tyre running,” Robson acknowledged.

“We were able to complete the day with a series of pitstops, which was a valuable experience for Nicholas and gave him an appreciation of how quick the stops will be once we get to the serious business of racing in Melbourne.” 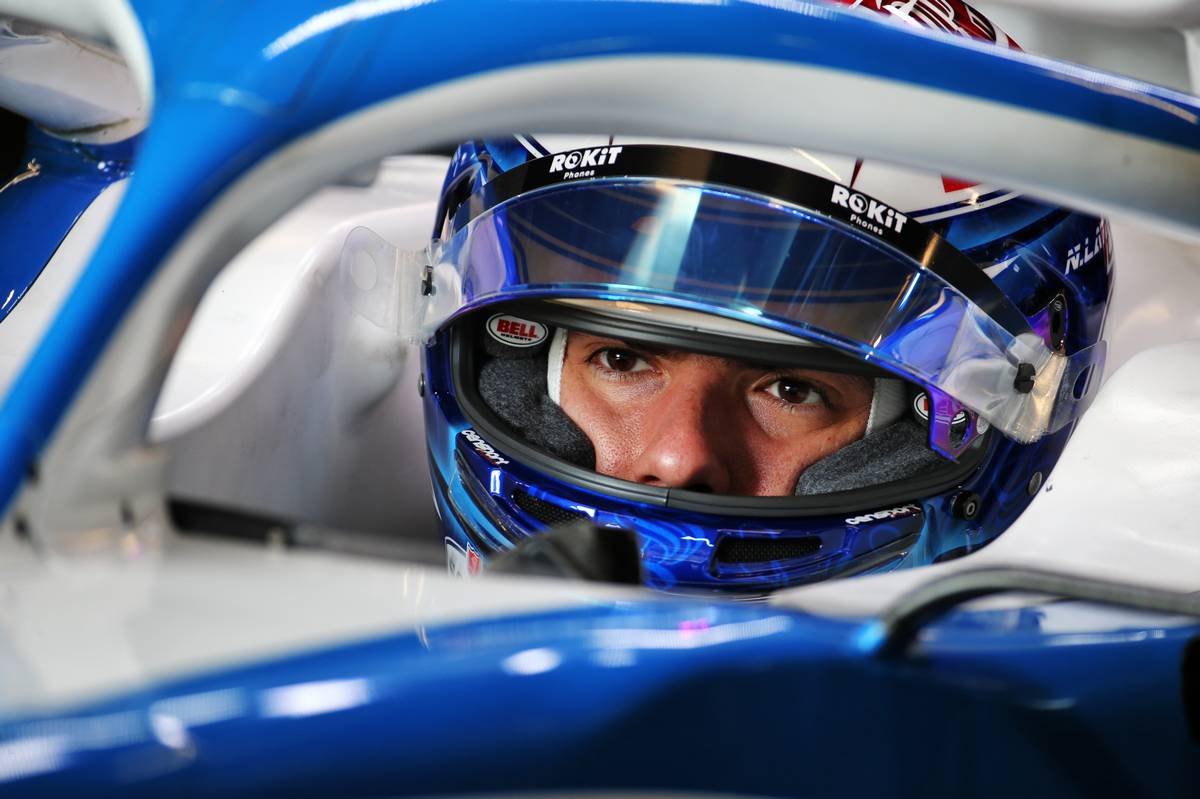 Latifi – the only rookie on the grid this season – was pleased to have got that extra time in the car at the end of the day, experience which might prove crucial to his fortunes next month in the first race of the season in Australia.

“The guys did a great job to rebuild the car and get me back out there,” he said. “We had a busy last hour of the day, testing lots of items and maximising the running time.

“The lack of track time was unfortunate, but that’s how testing goes sometimes,” he noted. “Hopefully we can make up for the mileage we missed next week.”

All ten F1 teams return to action for a further three days of pre-season testing at the Circuit de Barcelona-Catalunya next week, from February 26-28.