Wolff dismisses once and for all Mercedes F1 exit rumors

Mercedes boss Toto Wolff vehemently denied the likelihood of Daimler pulling the German manufacturer out of F1, insisting it remained committed to the sport for the long term.

A recent joint report authored by Autocar and RaceFans.net claimed that Mercedes’ fate in F1 as a team was set to be sealed by an upcoming Daimler board meeting.

The story stated that “several signs point to a likely exit” of Mercedes from F1.

Queried on Monday on Mercedes’ plans in the context of its five-year partnership with chemical giant INEOS, Wolff set the record straight once and for all on the unfounded rumors.

“Like always we are in this for the long term,” Wolff said, speaking in London at the unveiling of the Mercedes and INEOS partnership.

“F1 provides a great marketing platform for our brand. This is what we do. We build race cars and we build road cars. F1 is the halo platform for hybrid engineering.

“That is something that is not communicated enough, because it was talked down at the beginning of the V6 hybrid era. And it’s something we should really put more emphasis on.

“In that respect, with all the things that are out in the media, we like the platform, but at the same time, we’re in a negotiation with the rights holders, and things need to be sorted out.

“But the partnership is clearly something that indicates our wish to continue our successful journey in F1.” 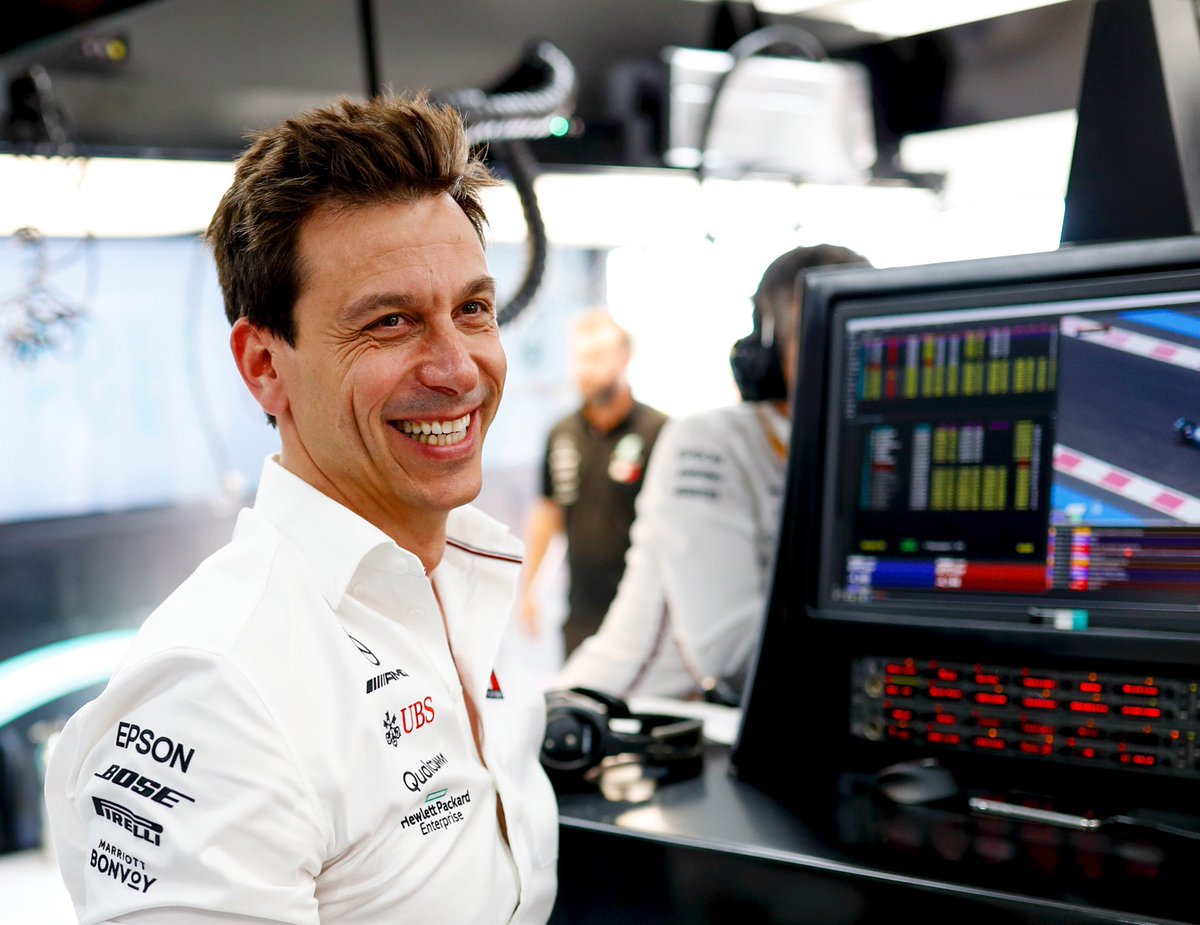 The Mercedes AMG F1 boss also lambasted those from whom the gossip was sourced.

“F1 has always been a great provider of headlines over the winter break,” he said. “And by the sheer lack of racing results and the controversy on track, dropping a bombshell of a headline always sells,” he said.

“And in that respect, I’m always surprised that there’s just some lunatic out there that writes something on an internet page and it’s being picked up, which was a complete nonsense story, which was put straight by the CEO of Daimler the following day. That is one part of the story.

“The other part is that with everything we do, we have to question ‘is it the right activity that we deploy?’ It’s whether it’s in the petrochemical business, whether it’s as an OEM in the car industry, or whether it’s F1.

“We, as Daimler today, we see the advantages and the benefits that Formula 1 as a marketing platform provides to us and we see the data. And that is the underlying condition why we’re doing it.”

Wolff was also asked about ongoing negotiations with Liberty Media and the FIA over the finalization of a new Concorde Agreement that will govern the sport forward from 2021.

“It’s an ongoing process and it’s a complicated set of contracts, trilateral contracts between the FIA, the commercial rights holder and all the teams,” he said.

“That needs time and the devil is in the detail. So I wouldn’t want to commit here to give you a specific date because there are quite some topics that remain to be agreed on.

“It’s work in process. Clearly there is the will and the wish for all of the stakeholders to come to a close before we embark on the 2021 season, because [otherwise] that would be an uncomfortable situation.”