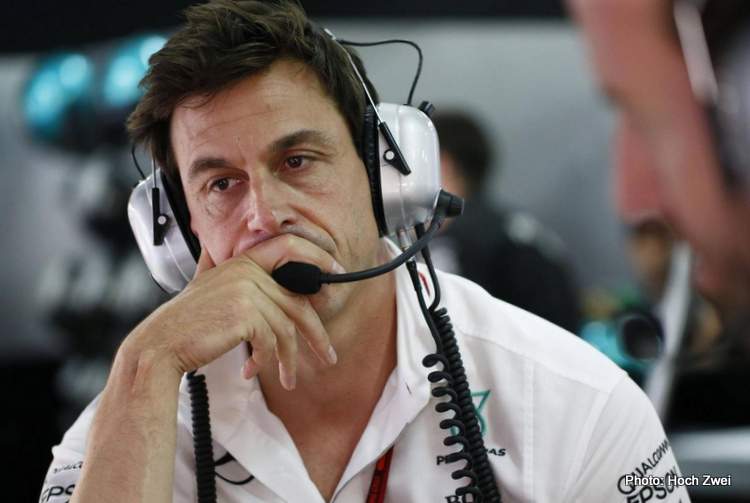 Mercedes boss Toto Wolff believes that the type of dominance his team showed at the start of last season – eight wins in the first eight races – will not happen in the next edition of the Formula 1 World Championship.

In the wake of one of their most dominant years, when the titles were ‘decided’ before the summer break and Lewis Hamilton pocketing more points than ever to claim his sixth world title.

While it can be argued that at some points last season Ferrari had the better package with Red Bull occasionally proving unbeatable in the hands of Max Verstappen. Perhaps the final championship standings disguise how close the gap was in the latter half of the season for the Silver Arrows.

Wolff told F1.com, “We have always defended the standpoint that by [leaving] the regulations alone, performance convergence would happen – at least there’s a high probability that convergence happens rather than throwing the dice and introducing something new, and I think we have seen that.

“It’s fair to say that there are three teams capable of winning races today and probably winning championships if things are being put together.”

The gap between the three big teams and the rest has grown over the years and stands at anything between 1.5 and two seconds depending on a circuit. Two clear divisions have emerged over the years but Wolff believes McLaren are on the rebound.

The Mercedes team chief continued, “McLaren have massively caught up, probably the steepest performance slope of all teams and will be there or thereabouts, in my opinion. So, yeah, I see this very much as being a much tougher season.”

For 2021, McLaren will return to Mercedes power.

Meanwhile in 2019, yet again, Mercedes trounced their rivals to make it 12 F1 titles in six years. Valtteri Bottas won four times and Hamilton added another 11 victories to his CV

With Ferrari, arguably, defeated when they were three-quarters of a second shy of Mercedes in qualifying for the season opener after the Italian team arrived in Melbourne with tails high in the aftermath of a strong showing in testing.

But Wolff does not believe his team can sucker punch the Reds again, “I don’t think we are going to see the kind of 10 race wins or 12 race wins per team for next season any more – but obviously we will be trying everything to optimise our weaknesses and continue to perform well.”

One could argue that by doing ‘the business’ of the championship in the first half dozen races – thereafter where the titles would end up was a foregone conclusion – Mercedes did not need to develop the incredible W10 with as much rigour as they would’ve had the title gone to the wire.

In other words, we will never know how good the 2019 chassis really was and how much firepower Merc could unlock from it had the need arisen. Thus, no matter what Wolff says, Mercedes are still the benchmark and only time will tell how close they will allow it to be or if their rivals have really closed that gap.